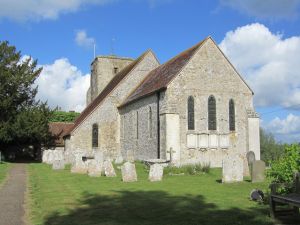 St Michael's Church, Amberley
A small village at the foot of the South Downs, in an Area of Outstanding Natural Beauty. Perhaps the most famous visitor to Amberley was Charles II, who stayed at the castle here once. The village is built along its original medieval street pattern, with winding lanes now lined primarily with 16th and 17th-century houses.

The oldest building in Amberley is the 12th-century church of St Michael. There was a church here possibly as early as the 7th century. That Saxon building was replaced by a later, Norman church around the year 1100.

The prize of the church interior is wonderful chancel arch, which dates to the mid 12th century. Of similar date is the font, and the Purbeck marble arches. There is a 14th-century brass memorial to John Wantele.

More self catering near Amberley >>

More bed and breakfasts near Amberley >> 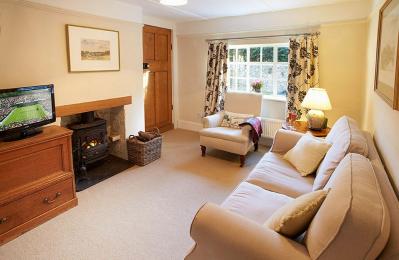 This fine terraced cottage lies in the picturesque village of Amberley, widely regarded as one of the most beautiful villages in England. Situated at the foot of the South Downs, …
Sleeps 4