HERITAGE HIGHLIGHTS:   Remains of a Roman town house with a section of mosaic 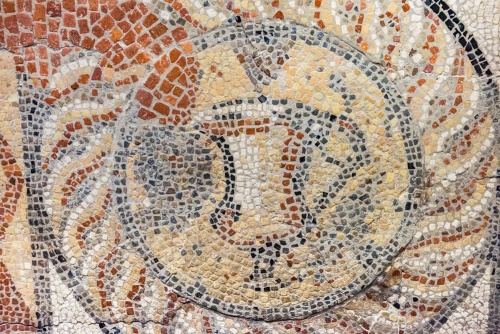 Canterbury Roman Museum contains excavated sections of the old Roman town of Canterbury, including sections of a Roman town house with a well-preserved mosaic. In addition, there are audio-visual aids and hands-on activities designed to give visitors a real feeling for how the Romans lived in Canterbury.

There is a scale reconstruction of a Roman market place, with a fruit seller, fabric maker, and shoemaker selling their wares.

There is also an archaeological database showing details of Roman finds in and around the city of Canterbury.

Museum highlights include collections of Roman silverware, jewellery, glassware, pottery, and votive objects. Look for a 1st-century Iron Age helmet which was discovered holding the cremated remains of a woman. 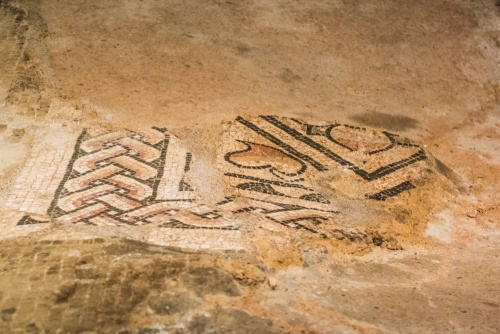 In the 1970s archaeiologists discovered a pair of skeletons thought to be those of two Roman cavalrymen. The bones were piled together head to toe with two longswords. The burial is very unusual in that it was within the city walls and the skeletons were thrown into the grave with very little care. Roman burials typically took place outside the city walls and bodies were laid out on their backs. It is unheard of for soldiers to be buried with their weapons.

Archaeologists speculate that the two men may have been murdered, or perhaps executed, but their bones showed no signs of violence. Could they have been poisoned? Study the evidence and make up your own mind. 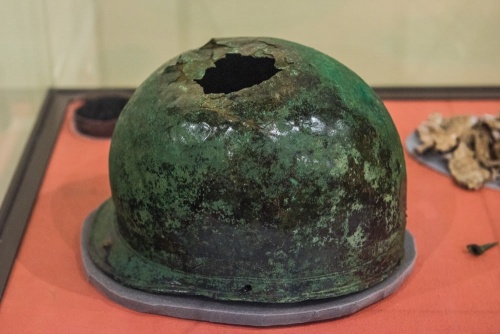 In 1868 workmen digging a new drainage system unearthed the remains of a Roman mosaic floor some eight feet below street level. Then, in the post WWII reconstruction of buildings damaged by bombing raids, more mosaics were discovered, plus a hypocaust heating system and a series of wall paintings.

The mosaics, hypocaust, and paintings formed part of a Roman townhouse. The museums we see today were built above and around the townhouse, making Canterbury's Roman Museum one of the few sites in the UK with an in situ mosaic floor.

There are regular events at the museum, allowing visitors to do such activities as make a Roman bracelet or hammer out a coin. 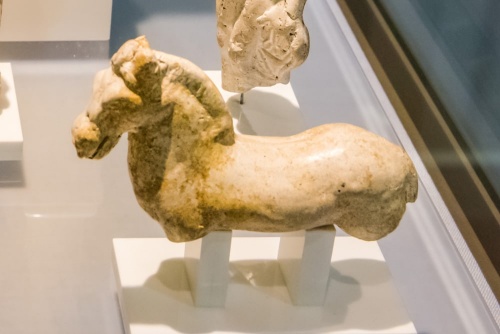 Canterbury Roman Museum is located on Butchery Lane, a few steps from the cathedral gateway. It is well signposted for pedestrians from all around the city centre. 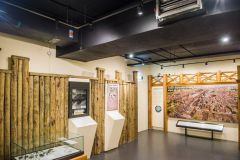 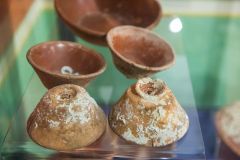 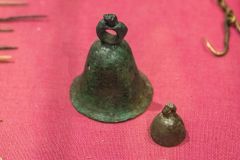 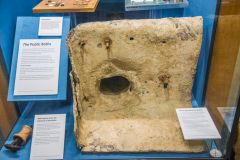 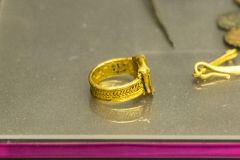 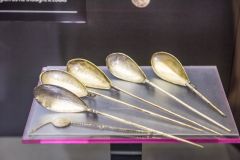 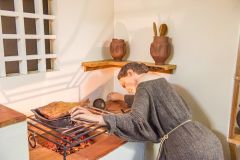