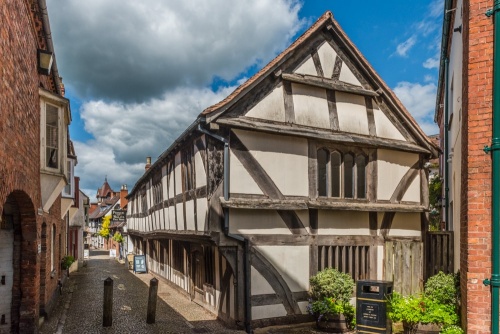 Church Lane is a narrow, cobbled lane leading from Ledbury High Street to the medieval parish church of St Michael. The lane is full of attractive timber-framed buildings, and among those historic buildings is the Ledbury Heritage Centre, built around 1480 for a prosperous wool merchant.

The merchant built his house directly over a stream and used the running water to wash wool fleeces. You can still see the stream bed, now dry, through a glass panel in the floor.

In the 16th century, the building was converted to become a boy's grammar school and you can still see graffiti carved by bored schoolboys. The earliest graffiti dates to around 1770. 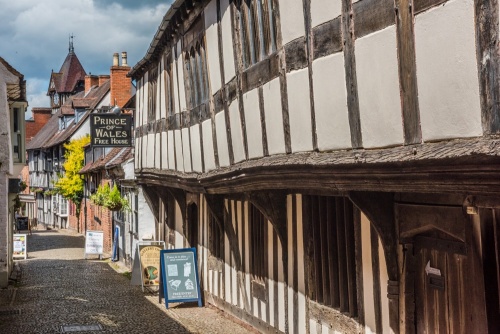 The last schoolmaster was William Humphreys, appointed by the Bishop of Hereford in 1799. Falling numbers of students meant that the school closed its doors for good in 1830. The building was then divided into 5 separate tenement flats. The internal divisions were removed in 1969 and the house was restored to serve as the local history museum for Ledbury and the surrounding region.

Like many of the houses along Church Lane, the Heritage Centre has a jettied first floor, projecting out over the ground floor. The projecting upper floor helped maximise interior space and also acted to keep rain away from the lower floor and the entrance.

A section of interior wall covering has been removed so you can see the underlying wattle and daub construction. 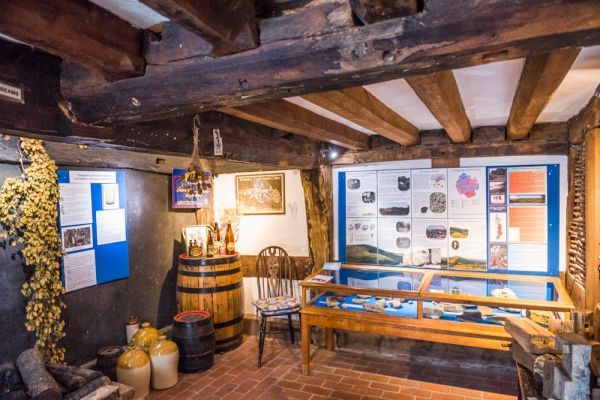 The Heritage Centre houses a museum of Ledbury history, with displays covering poets Elizabeth Barrett Browning and John Masefield and their association with Ledbury. You can also learn about Ledbury's canal and railway heritage and try your hand at building a scale-model timber-framed building.

One of the most popular exhibits is a panoramic photograph of Ledbury's High Street, with a history of each building dating back to the early Victorian period.

Another display looks at the history of Ledbury Preserves, a popular local business that grew to become the richest preserves business in Britain and - according to locals - the best marmalade in the world.

The story of Ledbury Preserves, or 'The Pozzy' as it became mysteriously known, started in 1916 when local entrepreneur Tom Davies founded a jam factory as a way to use up surplus fruit from local farms. Davies was given the contract to supply jams to Buckingham Palace and the business grew quickly.

Davies went bankrupt in 1928 but buyers stepped in and Ledbury Preserves prospered during WWII when jam made in Ledbury was part of the military emergency kit. The company continued in operation, through several buyouts and amalgamations, until 2008. 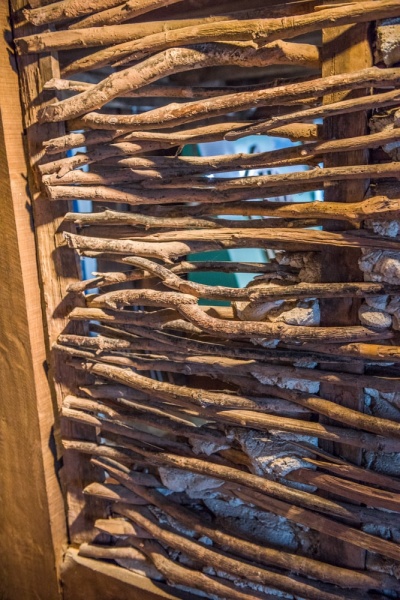 An exposed wattle and daub wall

Other museum highlights that caught our attention include a display of local geology, Stowford Press cider, and the old grammar school. At one end of the building is an original fireplace built into the end wall. You can step right inside the fireplace opening and look straight up through the floors to the top of the building.

As of this writing, the museum is free to enter, but donations are welcome. The museum occupies the bottom floor while the top floor is home to a collective of local artists. 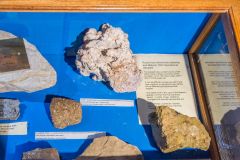 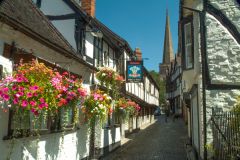 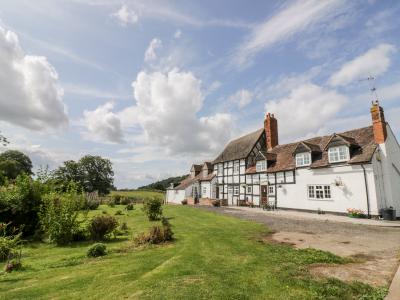 This superb black and white cottage is situated on the owners' smallholding near Ledbury and sleeps six people in three bedrooms.
Sleeps 6 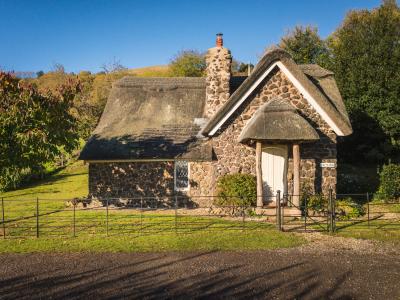 This rustic cottage is located in Ledbury, Herefordshire and can sleep four people in two bedrooms.
Sleeps 4