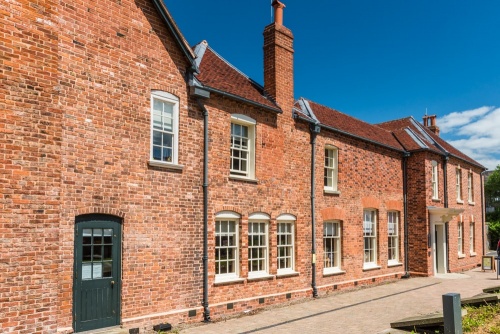 St Katherine's Hospital in Ledbury is a complex of buildings dating back to the 13th century and forming one of the most important medieval hospitals in England.

Tucked away between the main visitor car park in Ledbury and the busy High Street is the former residence of the Hospital's Master, the man responsible for administering the affairs of St Katherine's Hospital.

Though now partly clad in Georgian brick, the core of the Master's House is a 15th-century timber-framed hall house, now beautifully restored and acting as a multi-purpose community venue and home to Ledbury's public library.

In 1231 Hugh Foliot, Bishop of Hereford founded a hospital to care for poor, ill, and elderly travellers and pilgrims. In the medieval period, the word 'hospital' had a different connotation than it does today. It meant more than just a place to treat illness; it also meant a place to eat, sleep, and pray - to receive both worldly and spiritual comfort. Think of it as a combination homeless shelter, emergency ward, soup kitchen, chapel, and care home. 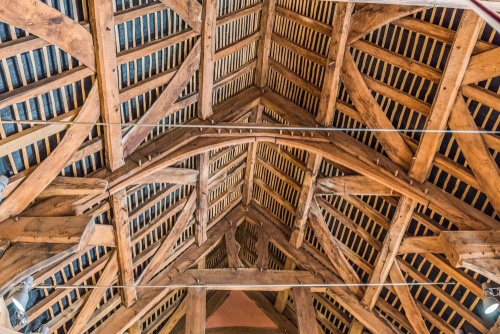 The timber-framed roof of the Great Hall

The hospital 'staff' was a group of men called brethren. From 1238 the brethren could also include women. These brethren looked after poor local residents by offering food, a place to sleep, and personal care. The Hospital was given large tracts of farmland by local benefactors.

At first, they farmed these lands themselves, but after the Black Death decimated the population in the middle of the 14th century they generally rented the lands to tenant farmers.

The brethren were under an administrator known as the Master. The Master was initially selected from amongst the brethren, and looked after the day to day running of the Hospital and managed its estate. He was sometimes called the 'Custos' from the Latin term for a protector or warden. The same word gives us the modern term 'custodian'.

The brethren did not always choose wisely; some of the early Masters were found guilty of transgressions and had to be removed from office. 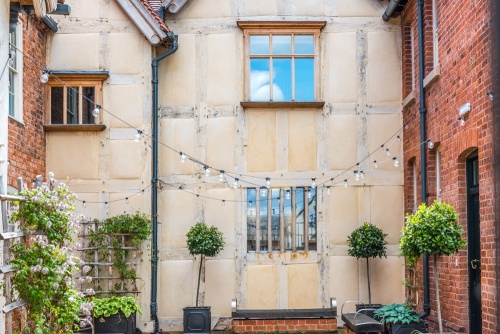 The timber-framed core of the Master's House

After the Black Death of 1348-50, the Dean and Chapter of Hereford Cathedral selected the Master from amongst their number and he was answerable to them. From 1581 the Dean and two members of the Chapter had to make an annual visitation to Ledbury to check the account books.

The Master took a salary from the rents paid by farmers who leased the Hospital's lands.

There were two main buildings; St Katherine's Hall and Chapel. The chapel occupied the east end of the hall, while beds lined the north and south walls of the hall to create a dormitory. 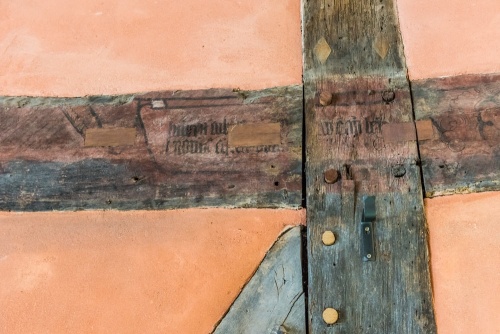 A painted timber beam in the Great Hall

In 1487 the Master had a separate mansion built near the Hall and no longer lived with the brethren. The core of the new building was a timber-framed Great Hall where the Master dined, entertained guests and carried out the day to day affairs of administering the Hospital.

Around the same time as the Master's House was erected a set of almshouses were also built. The timber-framed almshouses were torn down in 1821 and replaced with the present stone buildings facing onto High Street.

The Master's House stood at the centre of a complex of buildings that included barns, stables, farm buildings, gardens, a fishpond and an orchard. It was in effect a self-sustaining farm in the centre of Ledbury.

The Master's House remained in use until 1941 when the building was requisitioned by the Ministry of Food. The final resident Master was Rev. A J Winnigton-Ingram, MA who became Priest in Charge of the parish church of St Michael. 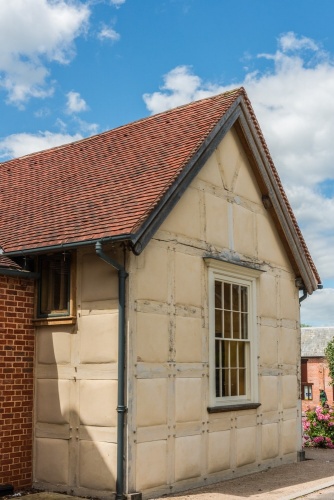 Perhaps the most famous Master was Edward Cowper, who served in the post twice; from 1562-74 and 1580-96. During the latter period, he was also the treasurer of Hereford Cathedral and the Master of St Ethelbert’s Hospital in Hereford. He kept extremely detailed accounts including the names and amounts paid to craftsmen who worked on the Hospital restoration during his tenure.

Another famous Master was Thomas Thornton (1612-29) who was responsible for the famous chained library at Hereford Cathedral.

After centuries of neglect, the Master's House fell into a serious state of decay. In 2010 it was placed on the Historic England 'Buildings at Risk' Register. It was in such a poor state that the structure had to be propped up by timber buttresses.

Thankfully, rescue was at hand and from 2011 a four-year restoration project was launched that rescued the building and turned it into a community hub and home to the town's library. 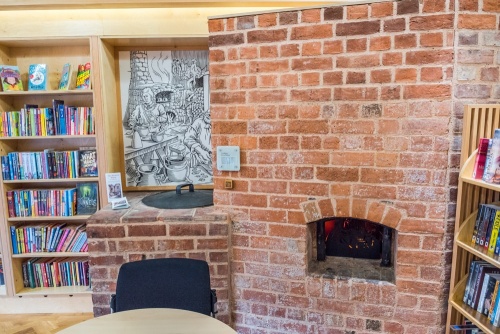 The heart of the Master's House today, as it was 500 years ago, is the Great Hall. Here you can see a decorated timber beam painted with a Biblical text. You can also see up close how the large timber beams are tied together with handmade wooden pegs that protrude from the beam's surface. These unusually long pegs are a local Herefordshire tradition.

In other chambers you can see Elizabethan panelling installed during the tenure of Edward Cowper. In one of the library rooms you can see remnants of the 18th-century kitchen including brick ovens built around 1770. Next to the bread oven is a copper basin used to boil water for cooking and for laundry. It is fascinating to see these historic features incorporated into the modern library - a mix of new and old seamlessly blended together.

The Friends of the Master's House offer monthly public tours and private tours can also be arranged.

In addition to the public library, the Master's House also hosts several other local organisations including the John Masefield Society, dedicated to Ledbury's own famous poet. The Herefordshire branch of the prestigious Victoria County History group has a home here as does the Ledbury Poetry Festival.

The Hospital almshouses are not open to the public but the Hall is. This low stone building fronts onto High Street, but the entrance is on the pedestrian walkway leading to Master's House.

The building is used for functions and as a venue for local groups. For example, when we visited it was open as a place for local woollen crafts-makers to sell their goods. It seems that opening times are sporadic and depend on special events such as the woollen sale we encountered. 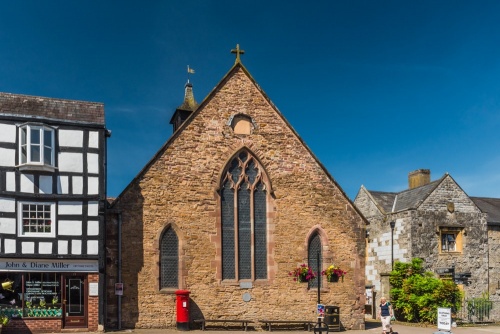 The Master's House is located directly behind the almshouses on High Street and is surrounded on three sides by the main visitor car park. 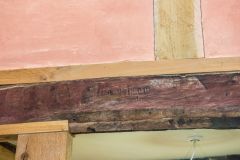 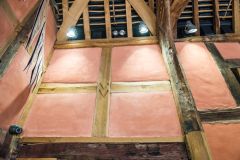 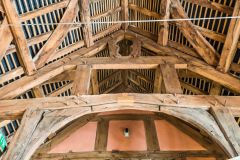 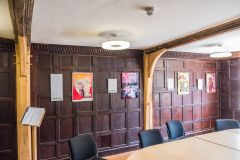 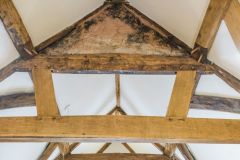 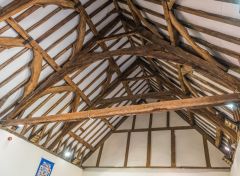