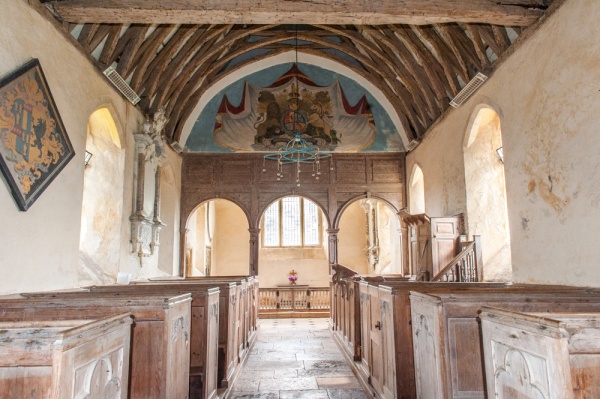 Holy Sepulchre is a simple early medieval church near the Iron Age fort of Chanctonbury Ring. The church dates to around 1220 and may stand on the site of an earlier 11th-century building. There was certainly a church here as early as the late 12th century when the village name was given as 'Werningcherch'.

The church was owned by the Abbey at Fecamp in Normandy and closely linked with the mother church at Steyning. It was not until the early 17th century that Warminghurst became an independent parish.

The building is extremely simple and has changed very little since the 13th century. It is a simple rectangle with no architectural division between the nave and chancel. The oldest part of the building is the timber bell-turret at the western end.

The timbers of the bell-turret have been dated to around AD 1158. In the turret is a single bell, cast in 1200. High in the west gable is a round 13th-century window. The north chapel was built in 1619 to serve as the Shelley family chapel and burial vault.

Despite the unimpressive medieval exterior, the interior is largely Georgian in flavour. Perhaps because of its rural location, the church escaped the attentions of Victorian restorers, and as a result, is an almost completely unaltered example of how most country churches looked before the 19th century.

There is a fine 18th-century screen, box pews, and a fanciful three-tiered pulpit built about 1770. Look for the 17th-century font crane, an iron bracket used to help hoist the font cover aloft. The box pews, in particular, are unusual survivors for Sussex. On the pine screen separating the nave and chancel is a vividly coloured royal coat of arms, retouched in 1845.

There is a fine Elizabethan memorial brass to Sir Edward Shelley (d. 1554), his wife, and children, set under a canopied recess in Perpendicular style. The most notable memorials are marble wall monuments of Elizabeth Benet (d. 1727) and John Riches (d. 1718).

There are numerous wall tablets to members of the Butler and Shelley families. One of these belongs to James Butler, who purchased nearby Warminghurst Park from William Penn, founder of Pennsylvania in America, in 1741.

There is no real village, just the nearby farm, so it should come as no surprise that Holy Sepulchre has been redundant for several decades, and is now in the care of the Churches Conservation Trust. 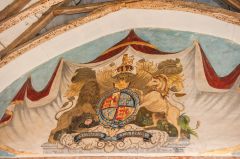 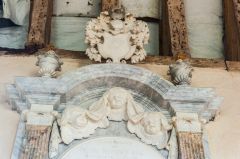 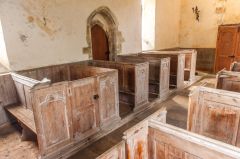 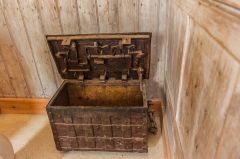