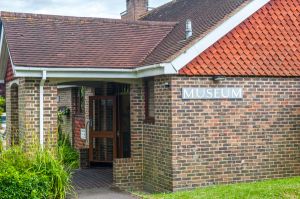 One of the prizes of the museum is a 'vamping horn', one of only six known to have survived in the entire country. This unusual horn, which dates to the late 17th century, was a combination musical instrument and an early version of a megaphone.

Another interesting exhibit is a block of wood salvaged from the handrail of a rostrum at the old Quaker House on Horsham Road (now called Penn's House). William Penn, the founder of Quakerism, preached from the rostrum, which was later sawn up for firewood, leaving only this one small piece.

One of the best displays shows how traditional Wealden hall houses were built, with cutaway diagrams and old photographs.

There is an ongoing programme of changing exhibits and special events throughout the year. Do take time to walk across the road to the wonderful medieval parish church while you're on Church Street! 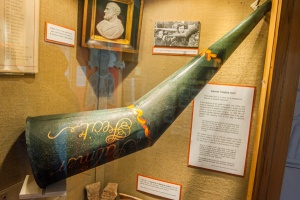 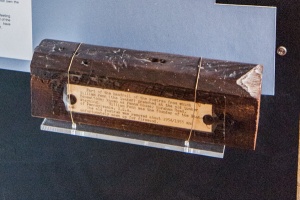 More self catering near Steyning Museum >>