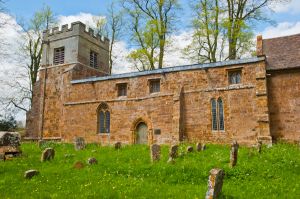 All Saints church dates to the 12th century. Only the eastern part of the nave now remains from that early church; the church was extended westward and upward over time. A clerestory was added to the nave in the 15th century, a west tower in the 17th century, and the current chancel dates to 1730.

The font is a circular 12th-century bowl carved with interlaced arcading and dog tooth carvings. The bowl stands on a 13th-century base.

The church is built of stone rubble and ashlar and has some nice Elizabethan glass from Italy. The interior is a bit sparse, but there are several interesting memorials. In the floor of the nave is a brass memorial to Theophilus Wilkins of Gaydon dated 1613. Also dated to 1613 is a mural brass to William Askell of Gaydon. In the chancel is a very nice wall memorial to Walter Newsam of Chadshunt (d. 1621) and his wife Fridayswed.

All Saints is no longer in regular use and is in the loving hands of the Churches Conservation Trust.

Theoretically, there is a keyholder nearby, at Chadshunt Hall, just behind the church. However, when we visited there was no one at the Hall and no indication of any other way to get a key. So we had to content ourselves with wandering about the outside of the church. To be fair, this did give us the opportunity to examine the very nice Norman north and south doors, which are very good examples of the period.

Also, be aware that although there is a brown sign at the south end of the village, pointing towards the church, there was no apparent sign to indicate where the church was located, so we drove out the north end of the village, looking for it. And there is no obvious parking place for the church. We found a spot off the road and walked up, dodging busy traffic, to a path leading to the churchyard.

This isn't meant to put you off visiting, just to point out things to watch out for! 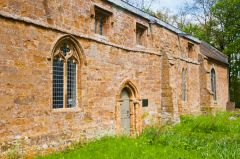 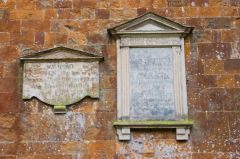 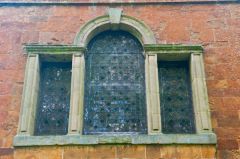 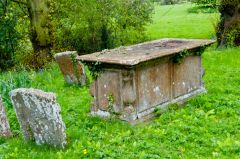 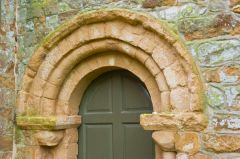 More self catering near Chadshunt, All Saints Church >>

The Granary at Fawsley - 13 miles
Daventry, Northamptonshire
Stay from: £50.00

More bed and breakfasts near Chadshunt, All Saints Church >>