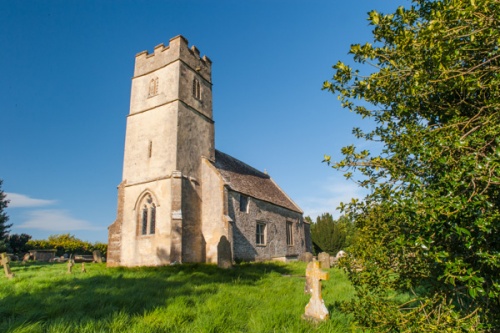 A small 13th-century church dedicated to a local saint, Oldbury church houses a largely Georgian interior featuring box pews, a double-decker pulpit, and reading desk. Though of Early English origin, much of the current building is in Perpendicular style.

The first historical record of Oldbury comes from a 10th-century charter that refers to the parish as On Ealdanbyri. The village was recorded in the Domesday Book as Aldeberrie, and the church here was probably a dependent chapel of Hawkesbury.

The first written record of St Arild's Church came in 1273 when it was recorded as a free chapel to the manor, which was held by Sir Nicholas Bordun. By 1401 it was a parish church in its own right.

Very little is known of St Arild (sometimes known by the variants Arildis or Arilda). All we really know is that she is a virgin martyr who 'fought the power of sin'. She is thought to have been a native of Gloucestershire and may have lived in the 8th century. According to 16th-century writer John Leland, she lived beside a holy well at Kington, near Thornbury. 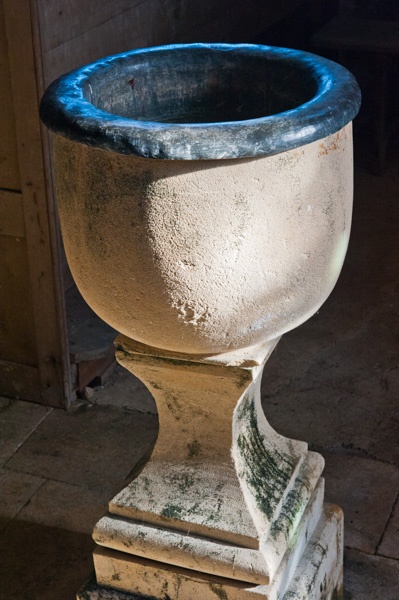 Arild's sanctity seems to rely on the story that she resisted the unwelcome advances of a suitor named Muncius, who cut off her head after she rejected him. She was buried beside her holy well, but later her bones were transferred to Gloucester Cathedral. Miracles were later reported at her tomb.

The holy well still exists. It is a chalybeate spring, whose mineral-rich water was traditionally said to have healing qualities. Stories tell that the stones in the well turn blood red on St Arild's feast day (20 July).

The church is composed of a nave, chancel, north porch, and west tower, all of coursed rubble. The nave windows are late 14th or early 15th-century work, while the two-stage west tower is late 15th century and the simple porch was added a century later.

There are fragments of medieval glass in the chancel and north nave windows. There is 13th-century double-piscina in the south wall of the chancel. There are numerous wall monuments to members of the Holborow, Haynes, White, and Long families. Other historical highlights include a 17th-century communion table made of oak. 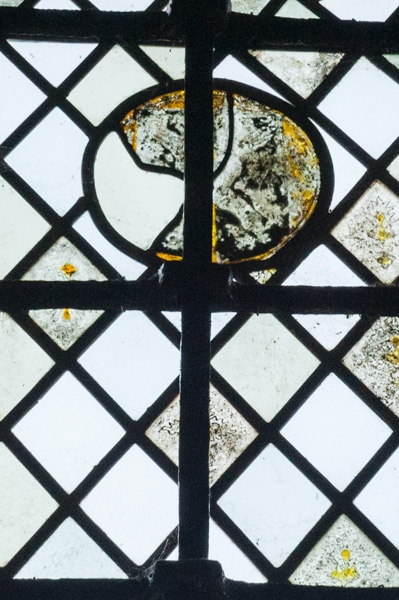 The reading table and double-decker pulpit are both 18th century. The communion rails were installed in 1809 and are made of iron.

The south side of the nave is full of traditional Georgian box pews, though none retain their doors. Curiously, the box pews on the north side have been removed.

The unusual font is carved in an oval egg shape and dates to 1768. Church records show that it cost just 6s.

St Arild's is no longer in regular use and is cared for by the Churches Conservation Trust. 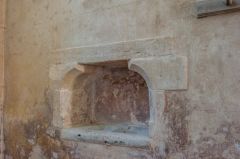 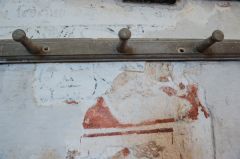 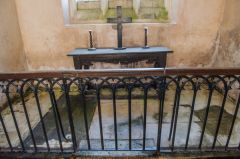