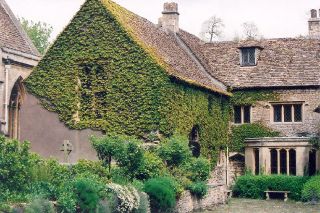 Horton Court
Horton Court is a lovely manor house set deep in the Cotswold countryside. The Court features a detached ambulatory from a 12th-century rectory, and a  nearby Norman hall with early Renaissance decorative carving.

It is quite possible that Horton Court rectory was the first in England. The north wing of the manor dates to around 1140, though it was remodelled several times in the medieval period and again in the 18th century. The main part of the manor house was built around 1521.

What makes Horton Court so intriguing is that it represents one of the very few examples of an unfortified Norman domestic building in the country. Normally, the Normans built with defence firmly in mind, so domestic buildings were well fortified and might better resemble a castle than a house. Horton Court, on the other hand, seems to have escaped this approach entirely.

The manor was rebuilt in 1521 by William Knight, a prebendary of Salisbury. In the early 18th century an upper floor was added over the Norman hall, joining the hall and the house, and creating a Catholic chapel.

Note: The manor house is privately owned and not open to the public. The rectory and hall are well worth a trip, though!

UPDATE
After a long and expensive restoration project by the National Trust, Horton Court has reopened as a holiday cottage capable of hosting 10 guests. Unfortunately, as of this writing, the historic house, chapel, and gardens appear to be closed to non-paying guests. We'll keep monitoring this situation in case the historic buildings are opened to visitors in future, but in the meantime please do not make plans to visit (unless you'd like to book a stay for yourself and nine friends!).

More self catering near Horton Court >> 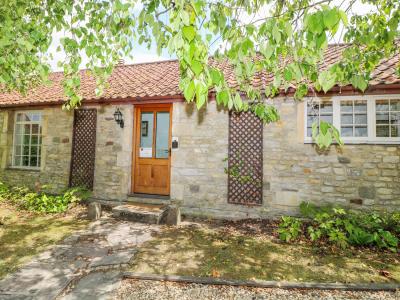 This cottage is situated in the village of Hinton, near Bath, and can sleep four people in two bedrooms.
Sleeps 4