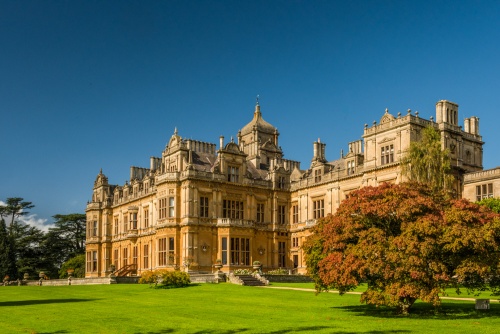 Westonbirt House is one of the finest examples of a Victorian stately home in England, built by RS Holford from 1862-1875. Holford was one of the wealthiest men in Britain and spared no expense to create a sumptuous house capable of displaying his collection of fine art and furniture. It is thought to be one of the most expensive houses built during the Victorian period.

There have been three houses at Westonbirt. The first was an Elizabethan mansion which stood beside the parish church (now the Westonbirt School Chapel). In 1818 the 16th-century house was pulled down and replaced by an elegant country house, but by the 1860s that house was deemed unsuitable for the Holford family.

The Holfords came to Gloucestershire in 1665 from Cheshire, marrying into the Crewe family who owned the Westonbirt estate. The Holford fortune came from wise investments in the New River Company which brought fresh water into London. It also helped that generations of Holford heirs made good marriages with wealthy heiresses. Robert Stayner Holford put his wealth into Old Master paintings, silver, porcelain, rare books and manuscripts.

Robert Stayner Holford had two passions in life; art and trees. He was wealthy enough to indulge that passion to the hilt and amassed an enormous art collection. He sponsored seed collecting expeditions around the world and planted the pleasure ground surrounding his house with an impressive array of exotic trees. Those 19th-century plantings form the core of the now-famous Westonbirt Arboretum. 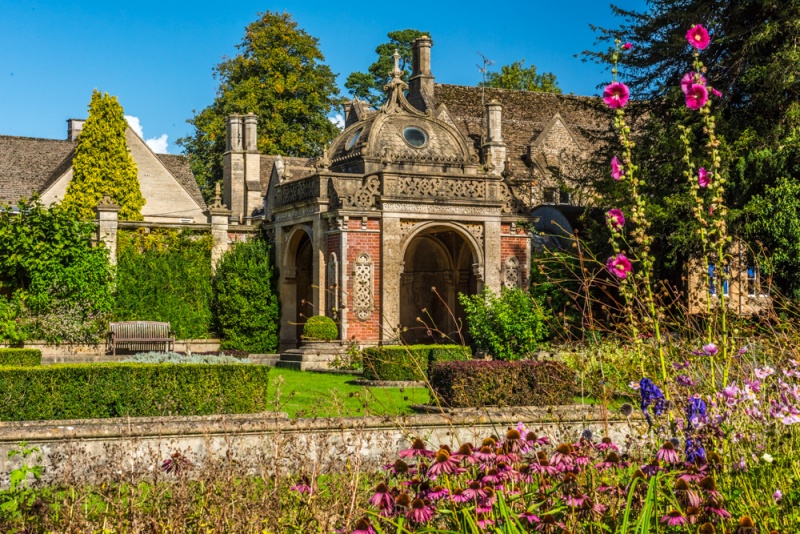 Holford must have liked Vulliamy's efforts, for when he decided to tear down his Regency house and built a new stately home on a grand scale he called upon Vulliamy again. The result is perhaps the finest example of high Victorian architecture in England.

Holford decided that the existing village of Westonbirt spoiled the view and restricted his plans for the gardens, so he had the entire village torn down, and built new estate houses a quarter-mile away, out of sight. Since the parish church was not part of the estate it had to stay.

The mansion is nominally a mix of Tudor and Jacobean style, with a symmetrical central block and asymmetrical wings jutting oddly out in different directions. The exterior uses all three classical order; Doric, Ionic and Corinthian, with generic busts of men and women in Elizabethan dress set into circular niches.

If the exterior of the house pays homage to the Tudor period, the interior is pure Victorian theatre. Everything is luxurious and furnished to the very highest standard, with oak and walnut panelling. Holford had a passion for new technology, and the mansion was fitted with gas lighting and a central heating system. He was also afraid of fire, perhaps wisely, and used an iron roof and fireproof construction, so that each room was a self-contained unit. 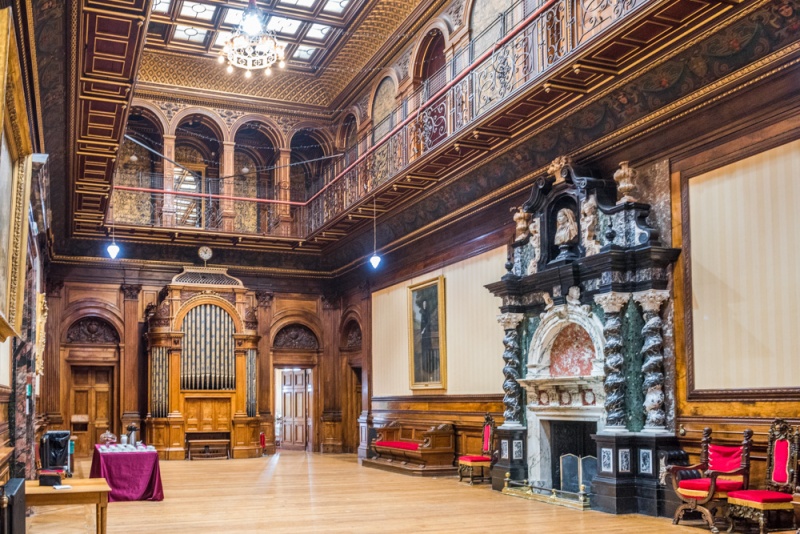 The Gardens and Arboretum

The garden features exotic structures in the style of temples, set with mosaic floors, with freestanding gateways creating vistas over the surrounding lawns. Beside the Italianate garden is a stunning Victorian camelia house, built with extravagant wrought-iron braces that resemble lace more than structural elements.

Walks through the grounds take you through a landscape of mature trees, dotted with statuary, to a lake and grotto. Rare trees and shrubs abound, and you catch scenic glimpses of the mansion throughout the grounds. Near the house, shielded by trees and a high wall, is the former medieval parish church, now used solely as the school chapel. Inside are memorials to generations of the Holford family.

The famous arboretum began in 1829 when Robert Holford was just 21 years old. From the beginning, Robert played a pivotal role in designing and planting the arboretum. He served as an MP until 1872, and after his retirement from public life, he poured time and money into collecting plants and developing the garden and arboretum further. 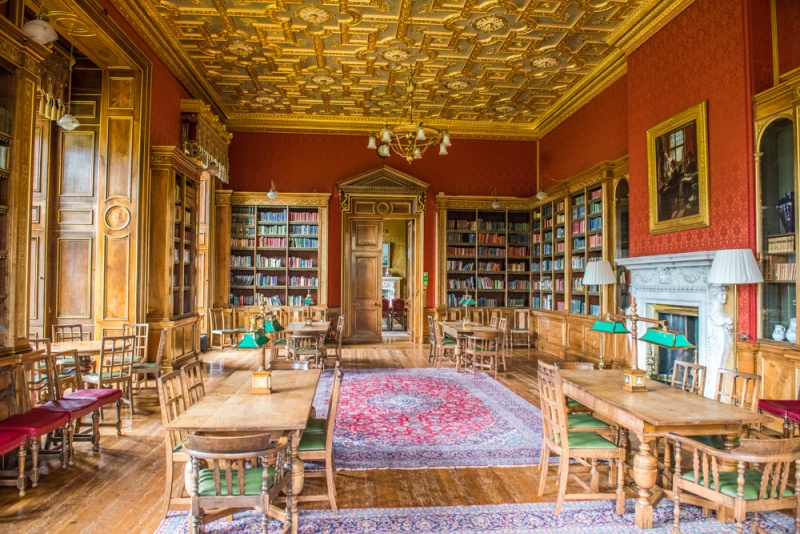 Robert Holford died in 1892 and was succeeded by his son George, who served as Equerry to Prince Albert, Duke of Clarence. He remained a close friend of the royal family and entertained royals at Westonbirt on several occasions.

George Holford died without a direct heir, and the estate passed to a relative who sold the house. Westonbirt House was then converted into a girls school, a role it fulfils today. The mansion is used for dormitories and classrooms.

In 1957 the arboretum was given to the government in lieu of death duties. Today the arboretum is managed by the Forestry Commission and the House is still a school. The Holford Trust now manages the historic gardens and looks after the fabric of the house. Part of the Trust's mission is to make more people aware of the house, its history, and encourage visitors to enjoy this superb example of Victorian architecture.

Westonbirt House is easy to find. It is located on the A433 three miles south of Tetbury, just north of the entrance to the Westonbirt Arboretum. The house is open to visitors one day a month from spring through autumn, while the gardens are also open three days a week during the same period.

The house can also be visited by pre-booked appointment. You can tour the house by guided tour only, but you are free to wander the gardens on your own. Free entry for Historic Houses Association members.

Highlights of the house include original 19th-century silk wallpaper and embossed Cordoba leather wall coverings. In the great hall is a stunning fireplace of Carrara marble, and the library retains its original built-in bookcases. Visitors can view the two master bedrooms used by Mr and Mrs Holford, decorated with embossed wallpaper and hand-painted panels.

One surprising highlight is a complete set of servant's bells in the cellars. These bells summoned servants to chambers all over the house. They were lost for over 60 years behind panelling until discovered by workmen, and are perhaps the finest set of bells in an English country house.

Westonbirt is a delight to visit. The grounds are exceptional, and the house is simply stunning. 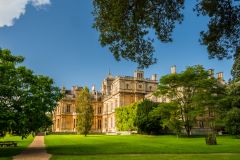 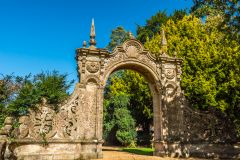 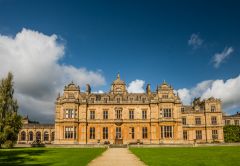 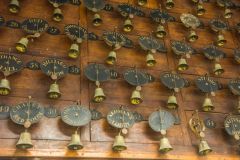 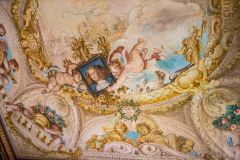 More self catering near Westonbirt House