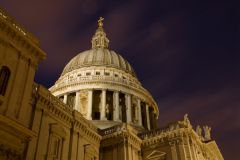 I see where the official Visit London tourism website has come up with a list of Top 10 London Attractions. The list includes all the usual suspects; in fact, I'll wager that anyone reading this post could easily name at least seven of the ten without even trying. While the Visit London list includes modern attractions like the London Eye, I thought it might be fun to create a list of the top 10 historic attractions in London.

I dare say that many of these choices will be pretty obvious, too, but maybe one or two will surprise you. Just to keep the criteria simple, in order to be considered for this list, an attraction has to predate 1900, and have strong historic interest, so, I've arbitrarily discounted museums and galleries, for example. Right, here we go ...

There you have it, my top 10 historic attractions in London. Next up, how about a list of the best medieval sites in London? Stay tuned...