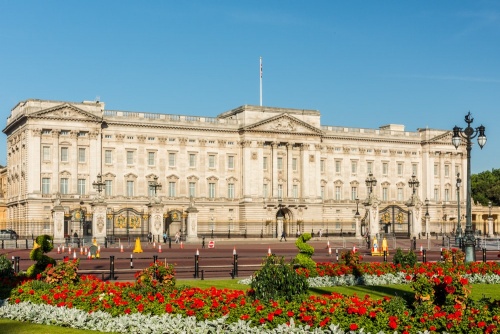 Buckingham Palace is the royal family's official residence in London and is a venue for state occasions. It stands at the western end of The Mall, immediately next to both St James Park and Green Park. The largest private garden in London, covering 39 acres, stretches behind the Palace to the west.

The story of Buckingham Palace begins in 1608 when King James Vi and I decided that he wanted to encourage a silk industry to rival that of France. He imported 10,000 mulberry trees and encouraged his courtiers to begin planting the trees on their land. He planted a stand of mulberry trees on a plot of land in Westminster, where the Palace now stands.

But there was a fatal flaw in the king's plans; he had ordered black mulberry trees, instead of the white mulberry tree that silkworms prefer. As a result, his scheme failed miserably.

Sometime around 1624, Sir William Blake built the first house on this site. That house was extended by Lord Goring, but when Lord Goring was unable to pay his lease the property was purchased by Henry Bennet, 1st Earl of Arlington. The mansion, known as Goring House, burnt down in 1674. Lord Arlington built a new house the following year, which, not surprisingly, was called Arlington House.

In 1698 John Sheffield (later named the 1st Duke of Buckingham) obtained the lease on Arlington House. In 1703 the Duke of Buckingham called in the architect William Winde to create a new house. This new building was laid out with a central three-storey block flanked by two smaller wings. This is the core of the Palace we see today.

Although the house was intended as a private residence it gradually became known as Buckingham Palace. The first written record of that name comes from 1791. 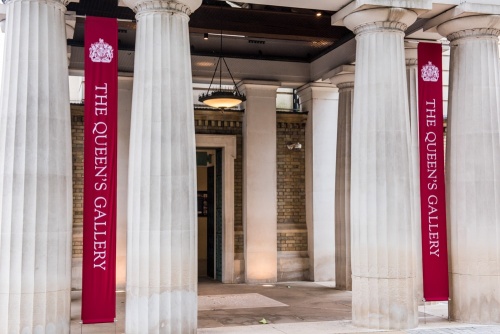 When King George IV took the throne in 1820 he began to remodel the house to become a comfortable private residence. But in 1826 he changed his mind and decided to transform the house into an opulent royal palace. To create the new palace he called upon his friend, the architect John Nash, the same man who designed the opulent Royal Pavilion in Brighton.

Where the Royal Pavilion exudes Oriental luxury, Buckingham Palace was intended to reflect French neoclassical design. Unfortunately, the king's vision outstripped his budget, and in 1826 Nash was dismissed for cost overrun. The Palace was still unfinished when the king died in 1830. His successor Wiliam IV brought in Edward Blore to finish what Nash had begun. Nash's 40 acres of gardens behind the Palace, however, remain untouched. The gardens host three official garden parties each year, usually in July.

Another Nash creation was the ceremonial archway known as Marble Arch. In 1851 Marble Arch was taken apart and moved to the northeast corner of Hyde Park where it was reassembled. tradition [wrongly] says that the arch was moved because it was too narrow for Queen Victoria's royal coaches. 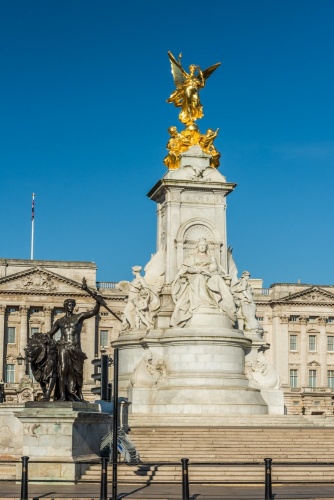 William IV died before the palace was completed, so it was left to Queen Victoria to become the first monarch to officially reside here. But, though the staterooms were fit for purpose, the same could not be said for the rest of the Palace. The building was poorly designed and badly built.

The young queen found that the chimneys smoked so badly as to be almost unusable and odours from the sewers pervaded the interior. The palace was smelly, dirty, and uncomfortable. Prince Albert took on the task of correcting these faults when he married the queen in 1840.

In 1913 Sir Ashton Webb redesigned the front facade to complement the newly built statue of Queen Victoria that now acts as a focal point at the west end of The Mall. 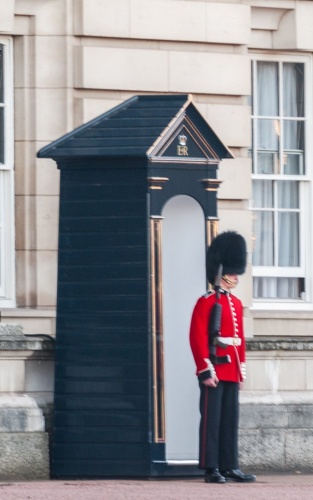 A guardsman on duty

Adjoining the Palace is the Queen's Gallery, where you can see artworks from the royal collection, including Old Master paintings and stunning Faberge eggs. The Gallery occupies the site of the former royal chapel, which was destroyed by bombs during WWII. Queen Elizabeth is reported to have said, 'I’m glad we’ve been bombed. It makes me feel I can look the East End in the face'. Film coverage of the bomb damage was played in cinemas throughout Britain to show the public that both the rich and poor were suffering from the bombings.

A short stroll from the Queen's Gallery is the Royal Mews, where you can see luxurious carriages and motorcars used to carry the royal family to state occasions. The most impressive of the carriages is the Gold State Coach, made in 1762 and used to carry the monarch to the state opening of Parliament. 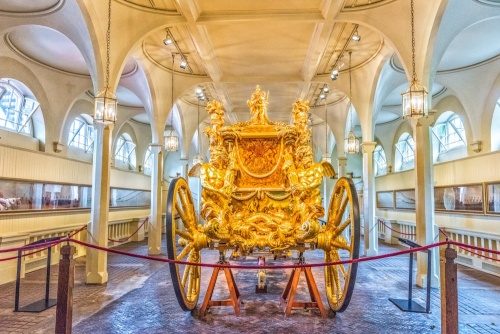 The Gold State Coach in the Royal Mews

The Palace has 775 rooms, including 92 offices, 78 bathrooms, 52 bedrooms, and 19 staterooms. The largest room is the ballroom, which measures 36.6m long, 18m wide, and 13.5m high. The first public event held in the ballroom was a gala to celebrate the end of the Crimean War. In 1883 the ballroom was the first room in the Palace to have electric lighting installed.

The Palace has its own post office, a swimming pool, doctor's surgery, a jeweller's workshop, and a cinema. It even has its own ATM! The front facade facing onto the Mall is 355 feet wide and 80 feet high. The palace has are 760 windows and 1,514 doors!

Is the Monarch in Residence?

You will also see four Foot Guards on sentry duty in front of the Palace in the monarch is at home. If there are only two on duty, the monarch is not in residence.

The only monarch to be born and to die at Buckingham Palace is Edward VII.

Changing of the Guards

The ceremonial Changing of the guards takes place daily at 10.45. It usually takes about 45 minutes to complete. It is sensible to arrive early so you can get a good vantage point to see the ceremony.

The official name of the Changing of the Guards ceremony is 'Guard Mounting'.

Who owns Buckingham Palace?
You might think the answer to this question is obvious, but you'd be wrong. The palace is not, in fact, owned by the monarch. It is held in trust by the Crown Estates. That ensures that it will always pass to the next reigning monarch regardless of whether the new monarch is descended from the present one.

There are [almost certainly] a network of underground tunnels beneath Buckingham Palace. The extent of the tunnel network is a matter of endless speculation and rumour. tradition says that tunnels link the Palace to Clarence House, Whitehall, and the Houses of Parliament. Another tradition says that King George VI and Queen Elizabeth explored the tunnels and discovered a man living there.

Members of the royal family make public appearances from the palace balcony facing The Mall on the east front. The first royal to make a public appearance on the balcony was Queen Victoria, who started the tradition in 1851 to mark the opening of the Great Exhibition. Royals traditional appear at the end of the Trooping the Colour ceremony. Other famous events included the post-wedding appearance of Kate Middleton and Prince William.

Buckingham Palace is open to visitors for when the monarch is not in residence; typically from July to October. Tour highlights include the White Drawing Room, the Throne Room, the Picture Gallery, the Ballroom, and the Grand Staircase. Some tours also include the gardens. Tours generally take 2-2.5 hours. There is a timed ticket system in operation but you are welcome to proceed at your own pace. Tours can be booked directly through the Palace website.

The closest underground station is Green Park. Just follow the signs to Buckingham Palace from the station exit. You will have to walk through the park, a matter of five minutes easy stroll. The palace is also a destination for the major hop-on hop-off London tour buses. 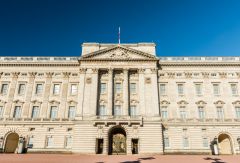 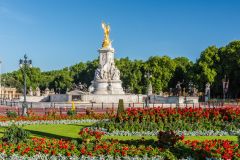 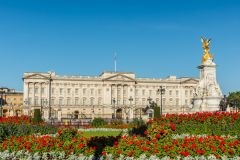 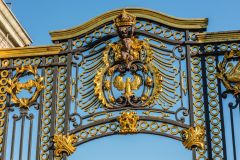 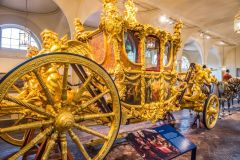 More self catering near Buckingham Palace