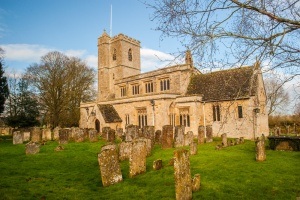 Apart from the manor, the church was the main focus of community life. Church parishes were usually the manor villages.

The parish priest was appointed by the lord of the manor and was given a house. He was obliged to carry money for alms with him, keep up the church, and provide hospitality to travellers.

Priestly Duties
The priest was usually a commoner by birth, though serfs were tied to the land and were not allowed to become priests. The priest officiated at church services, weddings, baptisms, funerals, and visited the ill. He earned his living from the income for parish lands, fees for services, and tithe money.

Tithing
Tithing was a system whereby each person was expected to give 1/10 of their earnings to support the church. The tithe income was divided up evenly between the parish priest, the church maintenance fund, the poor, and the bishop.

Uses of the Church
The chancel (where the altar is) belonged to the lord. The nave and the tower belonged to the people of the parish. Manor courts were often held in the nave, and tenants came there to pay their rent, or scot. A free meal was given to those who paid their scot, hence our term, "scot free".

The church tower occasionally served double duty as the priest's residence and often was built to be defended in times of trouble. School was held in the church porch or in a room over it. The church's role went far beyond religion; it was the centre of village community life.

Gifts of barley to the church were common. The church reeve would hare the barley brewed into ale and sold to raise money for the upkeep of the church. The term "church ale" is still used today to describe fund-raising for the church.

Church Services and Plays
Originally, people stood in the nave to hear the church service. Pews were not introduced until the 15th century. Because few could read, Biblical stories were often acted out for the congregation in the form of miracle plays. These plays evolved into cycles or collections, beginning with the Creation and ending with the Last Judgement.

The plays were performed in the churchyard or porch. In the 15th century, morality plays appeared, in which moral ideas combatted (e.g. Virtue vs. Vice). 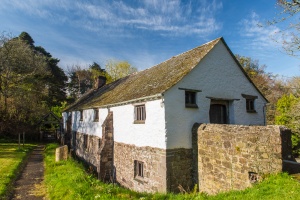 Church Markets
In the 12th and 13th centuries, markets were often held in the churchyard, though this practise was officially banned in 1285. A special hut, or Tolbooth, housed a court which regulated the affairs of the market. In time the Tolbooth became a permanent fixture of the Town Hall.

Monasteries
Monasteries were the other main form of church presence. They were self-contained enclaves where monks or nuns chose to live a simple life of prayer and work. At least that was the theory. In practice monks at least were often criticized for their laxity and concern with worldly affairs.

The first monasteries adhered to the Benedictine Rule, established by St. Benedict in the 6th century. In the early 12th century the Cistercians, under St.Bernard of Clairvaux, advocated a return to simplicity and a rededication to simplicity in monastic life and in the architecture of the church buildings themselves. Cistercian monasteries were established in remote areas to emphasize this ideal. Today they are among the most interesting and evocative ruins of the Middle Ages.

Monks and Books
At Gloucester Cathedral, which was originally a Benedictine monastery church, can be seen the carrells, or individual study nooks, built into the cloister. There the monks would study their precious books. As the numbers of books increased with the advent of the printing press, special library rooms were built, usually over the cloister walk. These were long narrow halls with booths for reading set at right angles to frequent windows. Books were chained to the desks for safety.

Friars
Friars first appeared in the 13th century. They were clergy not attached to any particular parish, and indeed had no visible means of support. They rejected the monastic ideal of seclusion, and went to live among townspeople and survived by begging. These mendicant friars were enormously popular, much more so than priests or monks, who were often seen as rich and indolent. The main orders of mendicant friars were the Dominicans and the Franciscans.