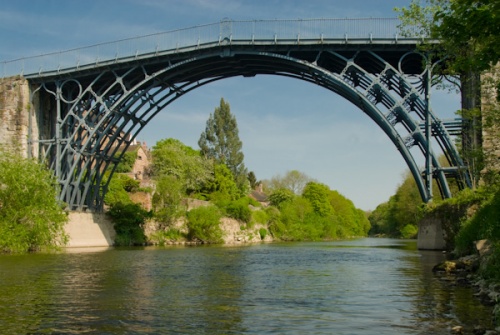 Ironbridge is named after, well, an iron bridge. But not just ANY iron bridge - it was in this Shropshire community in 1779 that the first iron bridge in the world was built, a single span of 100 feet crossing the Severn.

It was also at Ironbridge that the first iron boat was built and launched in 1787. Onlookers wagered that the boat would sink like a stone, but to their utter amazement, it floated, and a whole new era in shipbuilding was, um, launched (sorry!).

The importance of Ironbridge began in 1709 when Quaker industrialist Abraham Darby initiated the use of coal for smelting iron - previously charcoal was used. Coalbrookdale, as the area was then known, became a beehive of industrial activity. It was said that the Severn was the second busiest river in Europe! 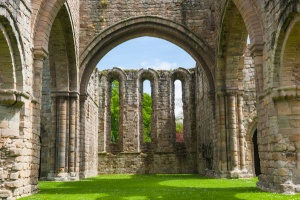 At least six different ferries operated by the 1750s, bringing raw ore from the coal mines to the smelters across the Severn. Boats coming up the river were hampered by silting. So a new bridge was proposed.

The bridge was built by Abraham Darby III, a clever businessman who commissioned an engraving of the construction which was then printed and sold to raise money. No fool, Darby. His engraving went through several editions, such was the interest in the new iron bridge. The engraving also took considerable liberties with the truth, for it showed a sleepy, bucolic scene far removed from the pollution and bustle of this industrial town.

Today, Ironbridge and the surrounding area is a World Heritage Site, recalling its days at the centre of the iron smelting that helped fuel (literally) the Industrial Revolution. Ironbridge is crammed with museums and "living history" exhibits, so much so that you will be tempted to think that it is a giant industrial theme park. There are 9 main museums spread out over 6 square miles.

In no particular order, there are the Coalport China Centre (museum of the china industry), Blists Hill Open Air Museum (a recreated Victorian town), Ironbridge Gorge Museum (traces the history of iron making here), Jackfield Tile Museum (watch ceramic tiles being made), the teddy bear shop Bears on the Square, and more. That's just the start.

Nearby is the remains of Buildwas Abbey. Sleeping in a water meadow beside the Severn, this beautiful ruin strikes a note of contrast with the power station on the far bank. The abbey was founded in 1135, and a surprising amount is left. There is a good collection of medieval wall tiles, in addition to the massive (14 foot diameter) pillars in the nave. There is a woodland trail from the abbey along the riverbank.

What to see:
Ironbridge Gorge Museum: museum of ironmaking in the area, and the history of the bridge
Buildwas Abbey: 12th century ruined abbey.
Severn Suspension Bridge: The world's first iron bridge 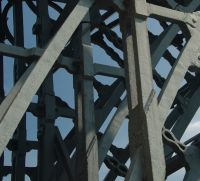 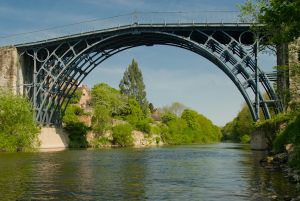 More self catering near Ironbridge

More bed and breakfasts near Ironbridge 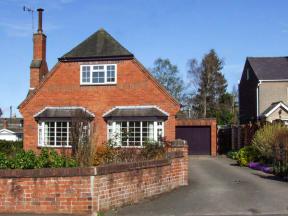 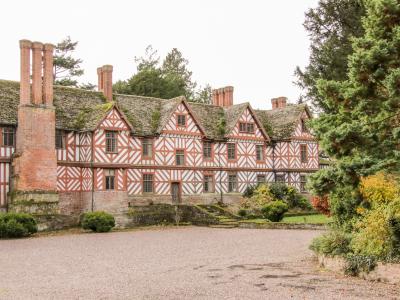 This large country hall rests in Pitchford, near Shrewsbury, Shropshire and can sleep fourteen people in seven bedrooms.
Sleeps 14