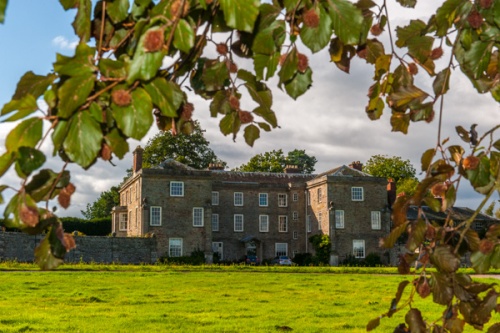 Morville Hall
Morville Hall is a picturesque Elizabethan manor house, remodelled in the 18th century, giving it the appearance of a Georgian home. The house is built of grey stone, with a central block and two projecting wings to create a traditional Elizabethan E-plan house.

After the Norman Conquest of 1086 Morville formed part of the estates of Roger de Montgomery, one of the most powerful barons of the Welsh border region. When Montgomery established a monastery at Shrewsbury he gave them his Morville estate. The monks of Shrewsbury Abbey founded a small priory at Morville and built the parish church of St Gregory the Great.

When Henry VIII suppressed Morville Priory the monastic lands were granted to Roger Smyth. It was either Roger or his son George Smythe who built the two-storey Elizabethan house we see today, reusing stone from the monastic ruins.

The result was an impressive manor with a great hall in the centre block linked to flanking wings each with a staircase tower. The central hall ceiling was later lowered to make space for a second floor.

When Roger Smythe died in 1562 he left the Morville estate to his wife Frances, as his son George was still underage. That did not sit well with George, who launched a lengthy legal battle against his mother, hoping to overturn his father's will and get the Morville property for himself. His suit was eventually successful and he became the sole owner of Morville Hall. 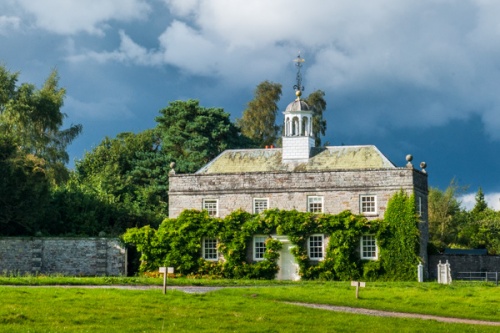 As for his mother Frances, she married a wealthy suitor, who promptly died, so she married again, and her third husband died also. As a result, she accumulated great wealth during her lifetime, so she didn't miss Morville Hall!

The estate eventually passed to the Weaver family, who remodelled the house several times. In 1748 they brought in the architect William Baker to transform the house with an elegant Georgian facade.

Within the grounds of Morville House is the Dower House Garden, a fascinating 1.5-acre garden planted in separate garden 'rooms', each telling the story of a specific period of English gardening history. Each of these 'period gardens' features plants and gardening techniques known to have been popular at that time.

Included in Dower House Gardens are a Cloister Garden (c. 1450), and a Knot Garden (c. 1580). The Canal Garden (c. 1710) features a 60-foot water feature and evergreen topiary, while at the centre of the garden is a Turf Maze, based on a Bronze Age design.

More self catering near Morville Hall >> This detached redwood lodge is situated on an exclusive development near Bridgnorth, with three bedrooms accommodating six people.
Sleeps 6

A Grade II listed former almshouse situated in the market town of Bridgnorth that can sleep six people.
Sleeps 5