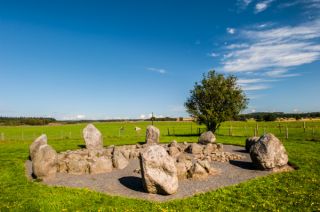 Cullerlie Stone Circle
Though it is not widely recognised, I think Cullerlie is one of the most interesting ancient sites in Grampian. The stone circle is made up of 8 boulders, enclosing 8 later burial cairns. The stone circle came first and dates to the Bronze Age. The cairns were erected within the existing stone circle between 1800-1200 BCE.
Each of the cairns was enclosed in a setting of kerb stones. Two of the cairns contain cist burials, while another 2 have pits. There are no obvious burials within the other four cairns.

Interestingly, the area around the stone circle had been burned before the stones were erected.

Excavations in 1934 were inconclusive, as the site had been disturbed, but archaeologists did uncover a flint knife and burned bones.

Visiting Cullerlie
Cullerlie is located on a minor road off the B9125, just south of Garlogie. There is a small layby for parking and information panels on the site. 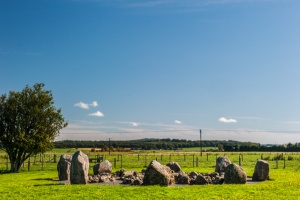 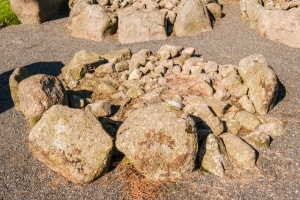 A burial cairn within the circle 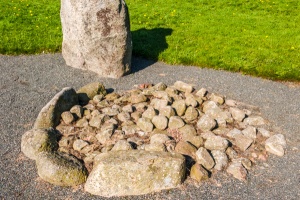 Another of the cairns inside the circle 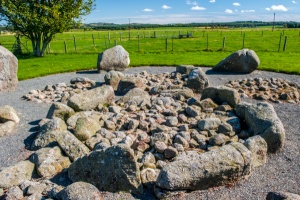 Looking across the centre of the circle

About Cullerlie Stone Circle
Address: Garlogie, Aberdeenshire, Scotland
Attraction Type: Prehistoric Site
Location: South off the B9119 at Garlogie, then left at a fork in the road. After 1 km the circle is to your left. The site was open access when we visited.
Website: Cullerlie Stone Circle
Historic Scotland
Location map
OS: NJ785 042
Photo Credit: David Ross and Britain Express