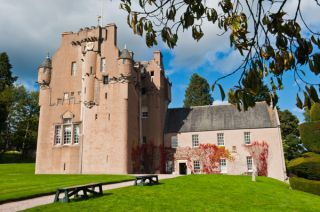 Crathes holds a special place among the 16th century Scottish castles that seem to dot the lush landscape of Grampian. It is one of the best-preserved castles in the region and stands in lovely gardens overlooking the River Dee.
History
The history of Crathes Castle dates to the early years of the 14th century. Robert the Bruce spent time hunting in the area after he defeated the Comyn faction at the Battle of Inverurie in 1308. Bruce enjoyed his hunting so much that he created a royal forest here, and named his supporter, Alexander Burnett, as the first royal forester of Drum. The estates around Banchory remained in the hands of the Burnett family for over 350 years.

Horn of Leys
Bruce solemnised the appointment of Burnett as a forester by giving him The Horn of Leys, a carved ivory horn ornamented with precious stones. The Horn of Leys hangs over a fireplace in the castle to this day, and the Burnett family crest depicts a hunting horn.

For the first 250 years of their tenure, the Burnetts lived on a small crannog in Loch of Leys, in rather rudimentary accommodation. But the family fortunes rose when in 1543 Alexander Burnett married Janet Hamilton, the illegitimate daughter of a canon of St Machar's Cathedral in Aberdeen. Janet's dowry enabled the couple to leave the Loch of Leys and build a grand new home at Crathes.

The castle took 40 years to build and was finally completed by Alexander's great-grandson, another Alexander, who added the turreted top floor and the fabulous painted ceilings that decorate the interiors of the castle. Perhaps the most famous Burnett of Crathes was Thomas (1619-1653), who served James VI and I, and was made Baronet of Nova Scotia by Charles I. You can see the original deed granting the baronetcy hanging on a wall inside the castle.

The 3rd laird, Sir Thomas Burnett (1658-1714), planted the yew trees which now form the basis of the famous gardens at Crathes. He also fathered 21 children, which might explain why he added a new wing to the tower house!

Gardens
The gardens as we see them today are largely the work of General Sir James Burnett (1880-1953) and his wife Sybil. They created a compartmented garden of exceptional beauty, with pools, fountains, roses, and themed borders. There really is something for everyone in the Crathes Castle gardens, from formal beds to cascades of colour, plus the ancient clipped yews and topiary. Perhaps the best place to view the work done by General Sir James and Sybil Burnett is not within the gardens at all, but from the windows at the top of the castle tower, which look down on the walled garden. So highly regarded are the gardens at Crathes that many people come just to see them alone, without visiting the castle itself.

In 1951 the castle and garden were gifted to the National Trust for Scotland.

Highlights
Highlights of the castle interior include the panelled gallery at the top of the house. This was the Scottish equivalent of the English long gallery; a place to exercise on inclement days, and a place to display artwork. In the case of Crathes, it may also be where the laird held his court. Then there is the Green Lady's Room, home to Crathes' resident ghost (every castle needs at least one!). The Green Lady is said to have been a girl under the laird's protection who was, as the castle guidebook delicately puts it, 'cruelly used' by a male retainer. The lady wanders the castle, appearing sometimes with a baby in her arms. Fanciful nonsense you might think, but during rebuilding work in the 19th century, the skeleton of a young child was found in a hidden recess beneath the hearth stone.


Our visit
A visit to the castle is self-guided, with information sheets in each room and guides at various points to help you out by answering any questions you may have. We absolutely loved Crathes; the gardens are truly exceptional, and the castle itself is one of the finest and best preserved in the country.

Garden: The gardens at Crathes Castle are the lifetime achievement of the late Sir James and Lady Burnett. There are over 3 acres with eight superb walled gardens that include herbaceous borders and many unusual plants. Beautiful colour, interesting shapes and designs are incorporated into the gardens. The Pool Garden contains yellows, reds and purples while the formal Fountain Garden focuses on blues. There is a Rose Garden and a topiary garden. The Golden Garden is a memorial to Lady Burnett. A double herbaceous border separates the Camel and Trough Gardens. There is a White border and a June border, and a great yew hedge dating from the early 1700's. There is also a visitor centre with exhibits and displays on the history of the garden. 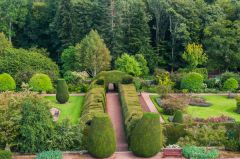 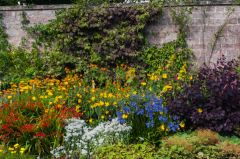 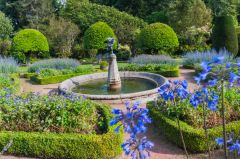 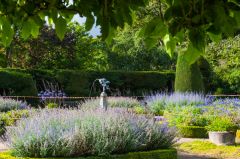 More self catering near Crathes Castle >>