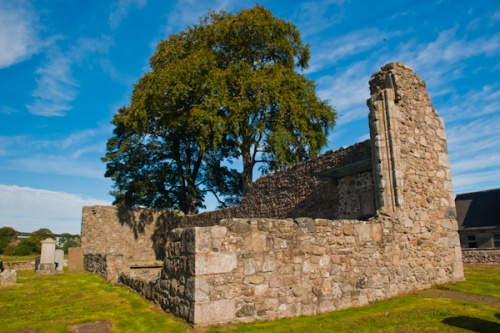 The late medieval parish church of Kinkell stands roofless on the banks of the River Don, a few miles south of Inverurie. Rather incongruously, the church is almost directly opposite a modern factory on the far bank, which makes for a rather bizarre setting.

Within the church is an ornately carved sacrament house in the form of a Greek cross (with equal length arms). The sacrament house dates to 1524 and was designed with a niche at the centre to hold the consecrated host. Each arm of the cross has scrollwork, bearing an inscription that translates as 'here is reserved the Body born of a Virgin'.

There is also a replica calvary panel of metal built into the wall beside the sacrament house (the original has been lost). Both the sacrament house and calvary are inscribed with the initials AG, for Alexander Galloway, rector of Kinkell at that time.

Set into the ground near the sacrament house is a large upright grave slab to Gilbert de Greenlaw, who died at the Battle of Harlaw in 1411. The likeness of the knight is beautifully carved and shows his armour in greater detail. The grave marker was later reused by a member of the Forbes family in 1592. 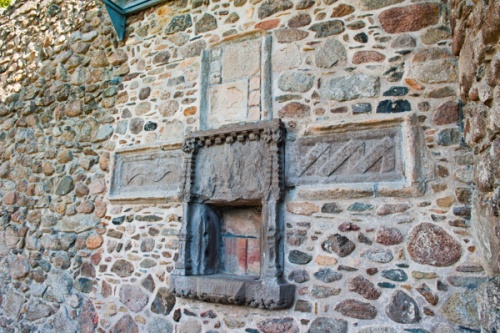 At the west end of the church is a small area set aside to show off bits of carved stones found on the site.

The church at Kinkell fell into disuse in the 18th century and was eventually abandoned. The roof materials were used to help build a new church at Keithall. Kinkell church was eventually taken into the care of Historic Scotland.

Kinkell Church is not the easiest place to get to! From Inverurie follow the minor roads towards Hogholm, Heatherwick, and Ardmurdo, along the east shore of the river. There are brown signs, but basically, just keep following the river and you'll eventually fetch up at the church, beside a farmyard. 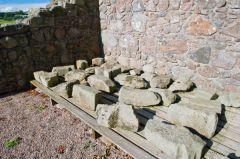 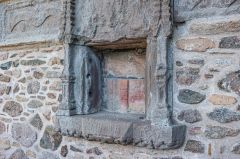 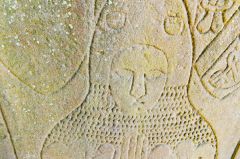 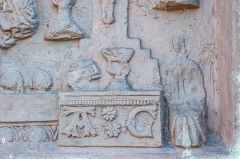 More self catering near Kinkell Church >>