HERITAGE HIGHLIGHTS:   One of the most dramatically situated of all Scottish castles 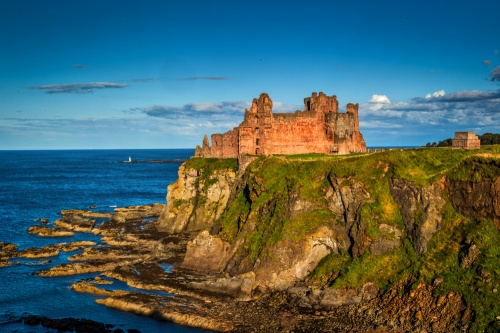 A superb clifftop castle, a stronghold of the powerful Douglas family, Earls of Angus. The first fortress at Tantallon dates to about 1350. For the subsequent 3 centuries the castle served as one of the major strongholds of the powerful 'Red Douglas' family, the junior branch of the Douglasses. The Douglas family rose to power as allies of Robert the Bruce during the Scottish Wars of Independence.

Tantallon was an expression of their new power and influence on the national stage. The Douglases had a good run, but in 1491 the 5th Earl, Archibald 'Bell-the-Cat' Douglas plotted to hand over James IV to Henry VII of England. The plot was discovered, and James ordered him into exile at Tantallon.

Archibald was no fool; he immediately began to prepare for a siege. Sure enough, in October the royal army appeared with James at its head. The castle was blockaded by sea and bombarded by land but without any great effect. By Christmas, the king and Douglas were reconciled, and the Earl lived to intrigue until 1513. His two sons died at the Battle of Flodden in that year, and the castle passed to another Archibald, the 6th Earl.

By 1528 the 6th Earl of Angus, Regent of Scotland during the minority of his stepson James V, held the young king as a virtual prisoner in Edinburgh Castle. James escaped and gathered support for an assault on his former regent. 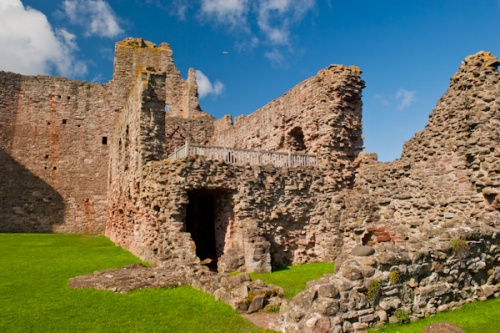 The Earl retreated to his most powerful fortress at Tantallon. For 20 long days, the royal artillery bombarded the castle but was unable to breach the walls. The king withdrew and the Earl took his chance to flee the country, leaving Tantallon open to his enemy.

James repaired the damage done by his bombardment and strengthened the defences still further, Most of James's work was done with greenstone taken from the nearby cliffs. Though the stone is soft and weathers easily, James may have used it because it was softer and could absorb artillery bombardments. The 6th Earl eventually returned to Scotland and Tantallon was restored to the Douglasses. The 6th Earl died at Tantallon in 1556.

Tantallon was once again subject to a siege during the Civil War when Oliver Cromwell attempted to subdue Scotland. In 1650 a group of Royalist moss troopers occupied the castle and used it as a base to launch swift attacks on Cromwell's supply lines.

So successful were the moss troopers that contemporary Parliamentary reports suggested they had 'taken more men and done us more harm than the whole Scots army and all their other garrisons'. In February 1651 Cromwell besieged Tantallon and destroyed the once-mighty defences, leaving the castle a shell.

But what a shell! The location atop the high cliffs is superb, with glorious views out over the Firth of Forth and the seabird sanctuary of Bass Rock. Tantallon Castle is a gem in the crown of Scotland, one of the most enjoyable and intriguing castles to visit in the country.

The mighty curtain wall is remarkably complete, given the sieges that the castle has had to withstand over the centuries. One oddly attractive note is struck by a later doocot that stands on the wide green before the castle gates. 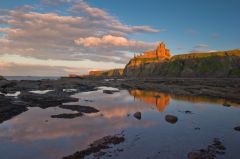 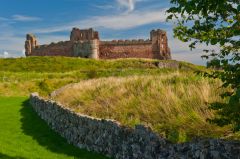 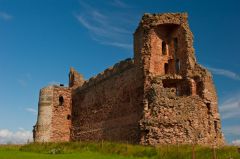 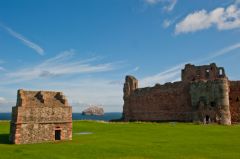 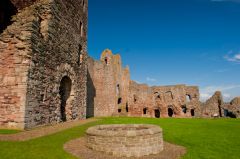 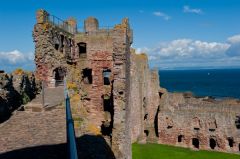 More self catering near Tantallon Castle >>