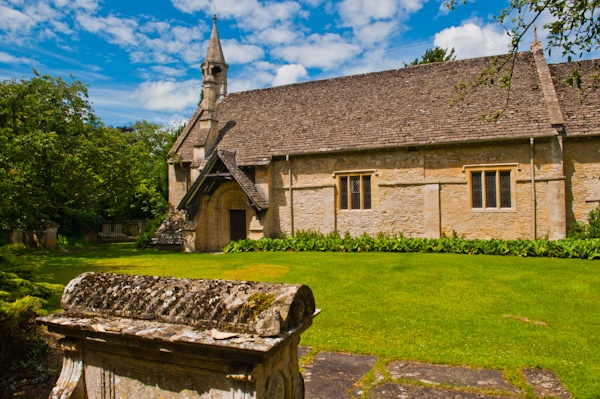 St Swithin's church, Quenington
St Swithin's church in the pretty Cotswold village of Quenington is a Norman gem. This Grade I listed church was established around 1100 by the Lacy (de Laci) family and granted to St Peter's Abbey, Gloucester in 1138 and in 1193 the Knights Templar took control.
The manor and living of Quenington were granted to the Hospitalers in 1312. The main features of historical interest are two 12th century doors. The north door is carved with a depiction of the Harrowing of Hell, while the superb south door has the oldest known Coronation of the Virgin carving in Europe still in situ.

The chancel windows date to the 13th and 15th centuries. St Swithin's was heavily restored in 1882, with the interior lacks the Norman influence so vividly invoked by the doorway carvings. The architect responsible for the renovations was Fredrick Waller, the same architect who restored Gloucester Cathedral. The church is usually open during daylight hours.

Visiting
I've been to St Swithin's twice, and each time come away absolutely stunned by the Norman carvings on both doorways. Why isn't this church more widely celebrated? The quality of the doorway carvings and the tympana are just extraordinary; the skill and attention to detail of the stone carvings make this one of the very best collections of Romanesque carving in England. 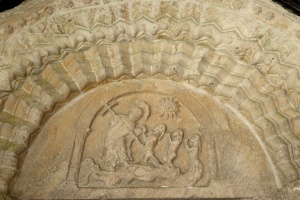 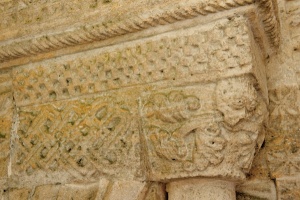 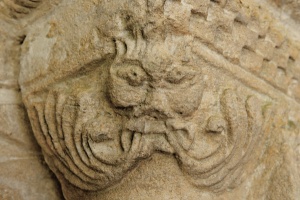 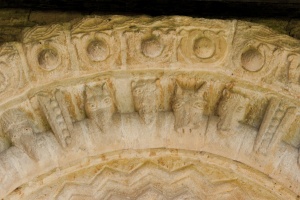 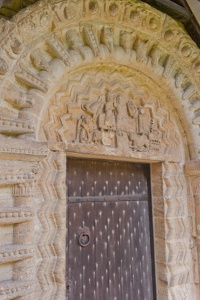 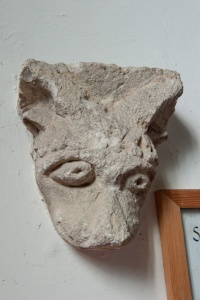 Corbel head of a beast 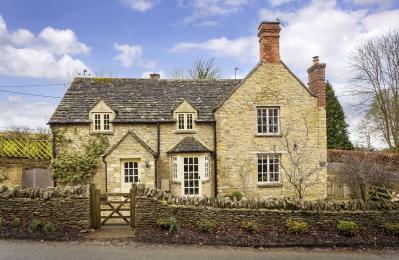 Set on the edge of Quenington in the Coln Valley and just a few miles from Bibury amidst rolling countryside, Hope Cottage offers a perfect hideaway for those looking to …
Sleeps 6