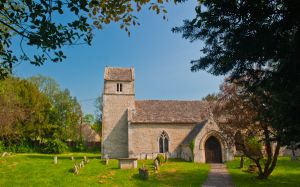 One of two Eastleach churches that face each other on opposite banks of the River Leach in the heart of the Gloucestershire Cotswolds, St Andrew's is a lovely country church dating to the early 12th century.

An apocryphal tale suggests that the churches were built by two sisters who argued, and each put up their own church. Unfortunately, the truth is less dramatic. The estates of Eastleach Martin and Eastleach Turville were always separate, and each church was built by the lord of the manor for use by his family and retainers.

The most striking exterior feature of Eastleach church is the saddleback west tower, built in the late 13th or early 14th century, with finely shaped windows. In the churchyard is the base of a medieval cross.

You enter St Andrews through a Norman doorway, built about 1130. Over the door is a wonderfully carved tympanum, depicting Christ in Majesty, flanked by adoring angels. The figures of Christ and the angels are worn (or defaced) but the surrounding chevron and traditional Norman carving motifs are clear and crisp. The overall effect is quite wonderful. 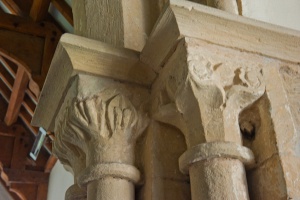 Look closely at the carved lectern, at the east end of the nave. It came from Tewkesbury Abbey and was for some years used by a local parishioner as a parrot stand. When the bird died, she restored to use as a lectern in the church. The Jacobean pulpit has carved panels that once served as garden seats.

Near the lectern is a large parish chest, probably dating to 1632. The font is a rather plain octagonal style, dating to the 15th century. The organ partly hides a 14th-century tomb recess in the transept, decorated with ballflower carvings under a cusped canopy.

The most famous curate of Eastleach Turville was John Keble, the Victorian church reformer who helped inspire the Oxford Movement. The clapper bridge across the Leach is named in honour of Keble. For more on this influential Victorian, read a short biography in our article on Eastleach Martin church. 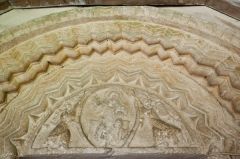 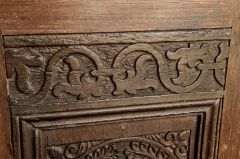 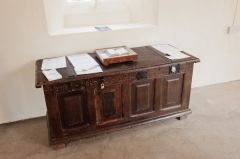 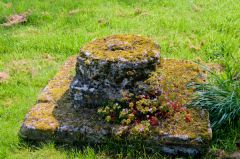 The Riverside - 4 miles
Lechlade, Gloucestershire
From: £30.00