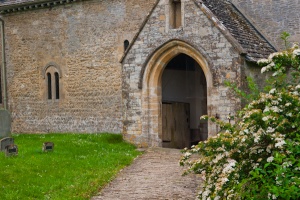 St Peter's church is set back from the main road through Southrop village, beside Southrop Estate buildings. The church pre-dates the Norman Conquest, showing the long-and-short quoins and herringbone stonework associated with the late Saxon period. Certainly there was priest here at the time of the Domesday Book in 1806.

In the 13th century the church was granted to the Hospitalers order of knights (the forerunners of the St John Ambulance), and the knights rebuilt the Saxon chancel and added a south transept. That leaves the nave as the oldest part of the building - and it shows, for the nave is built entirely in herringbone style construction. There is a Norman window on either wall, though the west window is Perpendicular.

Both the main south door and the blocked north door are Norman. The south doorway, in particular, is a good example of late Norman carving, with a billeted hood-mould and a tympanum plainly decorated with lozenge diapering patterns. 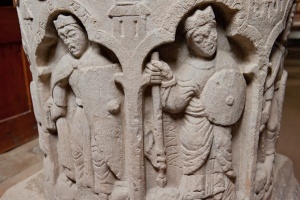 THE FONT
The most impressive interior feature is a marvellous Norman font. This is a simple tub shape, exquisitely carved with an eight-arched continuous arcade. Facing east is a figure of Moses flanked by a synagogue and Ecclesia, a female figure representing the Christian church.

In a telling bit of symbolism, the synagogue is shown crumbling into ruin. Ecclesia carries a pennon on a shaft; the shaft is broken and the pennon falls across her eyes. There is then a series of five fascinating figures representing Virtues triumphing over Vices. The names of the virtues are carved above each figure, while the name of the vice is carved backwards on the figure's side.

JOHN KEBLE
The font has historical associations of a more recent vintage; it was discovered built into the south doorway by Rev John Keble, who served as curate at Southrop. Keble, of course, went on to found the Oxford Movement, which did so much to change the course of Victorian life and, at the same time, helped launch the Victorian Gothic vision of architecture. 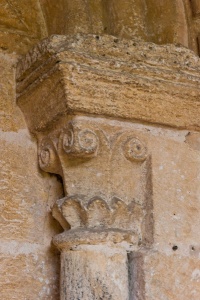 The chancel arch is early Norman, with moulded abaci (horizontal band of carving at the capital level). On either side of the altar are a pair of interesting 16th-century effigies, moved here from the transept. To the right is Sir Thomas Conway (did c. 1560) and to the left is his wife, Lady Conway. There are two piscinas, one 13th and one 14th century.

A SECRET PASSAGE
On the north wall of the chancel is an altar tomb to which an intriguing story clings. The tomb, thought to be a cenotaph, supposedly hides a secret underground passage linking the church to the neighbouring manor house. Why it was thought necessary to have a secret passage between the manor and church is anyone's guess! A beautifully carved stone coat of arms stands beside the window to the left of the altar tomb.

Other interior features include a small 13th-century squint in the west wall of the transept and a 17th-century wall monument to Edmund Keble (d. 1654).

OUR VERDICT
St Mary's is a lovely ancient building, with plenty of interesting historical features to enjoy. 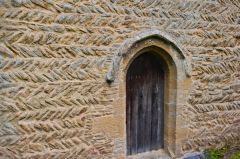 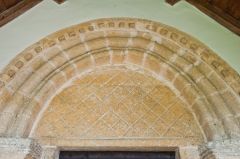 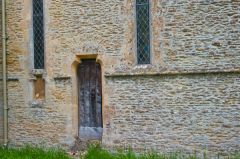 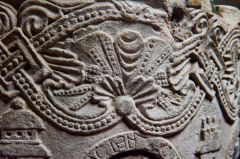 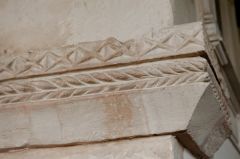 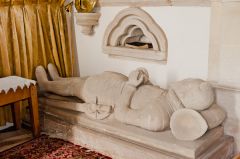 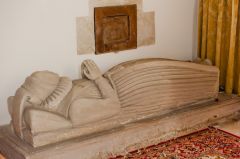 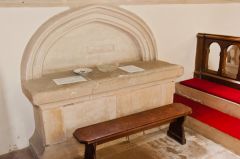 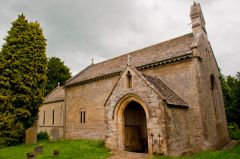 More self catering near Southrop

More bed and breakfasts near Southrop