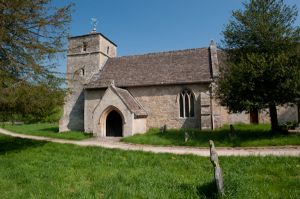 A 12th-century church in a lovely Cotswold village. The twin villages of Eastleach Martin and Eastleach Turville are side by side and the churches practically face each other across a minor road, while the peaceful River Leach meanders by. The churches are linked by a small stone clapper bridge named after John Keble, the well-known Victorian cleric, who served as rector here.

It seems peculiar that there are two churches so close together. The twin Eastleach villages have been distinct parishes and civil districts since the 11th century. Two separate manors meant that the villages developed independently, and churches were founded by the lords of each estate without reference to the other.

Eastleach Martin has historically been the smaller of the two Eastleaches. The church was given by Richard fitz Pons to Great Malvern Priory about 1120, then later transferred to Gloucester Abbey, who retained it until 1820. In 1871 the living was merged with Eastleach Turville.

By the 20th century it became obvious that the small combined population of the Eastleaches could not support two churches, and in 1972 St Martins passed to the Churches Conservation Trust.

The church is very simply built, of limestone rubble dressed with ashlar. It is composed of a nave, chancel, south porch, and west tower - the basic essentials of a normal English country church! The nave is 12th century, with original doorways (the north doorway is now blocked). The chancel was rebuilt in the 13th century. 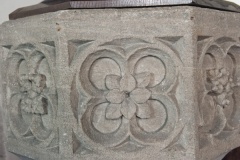 Look for the three large Decorated Gothic windows, with lovely tracery and carved decoration including small carved heads. Fragments of medieval glass still linger in the windows, and the craftsmanship is of the highest order.

The most intriguing area of the church is the north transept, with very finely crafted 14th-century windows, decorated with marvellous carved heads on the mouldings.

The font is 15th century, and there are Elizabethan pews in the nave. The pulpit is Jacobean, though it stands on an 18th-century base. There is a worn wooden chest in the chancel, dated to 1662.

One of the most intriguing furnishings is the lectern, which stands upon a pedestal made from an Elizabethan bedpost (or possibly a table leg). The carving is typical Elizabethan; wonderfully vigorous and evocative. There are fragments of medieval glass in the transept, chancel, and west window of the nave.

In the churchyard is the worn base of a 14th-century cross. If you pass through the churchyard, following the trail beyond the west tower, you come to a path along the River Leach, which leads in turn to a rustic clapper bridge named in honour of John Keble. 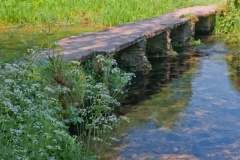 Keble served as curate of Eastleach from 1815-1818. Some of the hymns attributed to him were likely written here in Eastleach. Keble was a founding member of the Oxford Movement, and one of the most active church figures in Victorian England.

He was born at Fairford in 1792, the son of a vicar. He was educated at Corpus Christi College, Oxford, and served as curate of Eastleach Martin, Eastleach Turville, and Southrop. He died at Hursley, Hampshire, in 1866. Keble College, Oxford, was opened in his honour in 1869.

St Michael and St Martins is a wonderful country church, in a superb riverside setting. The twin Eastleaches together are among the loveliest and most peaceful places in the Cotswolds - and that's a high compliment indeed! 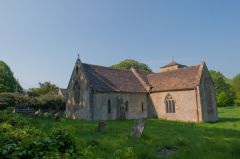 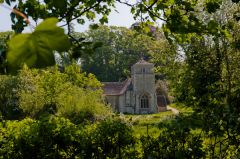 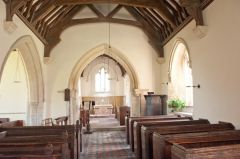 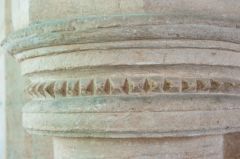 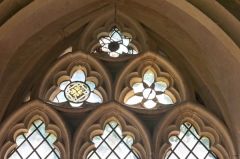 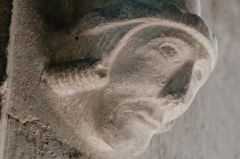