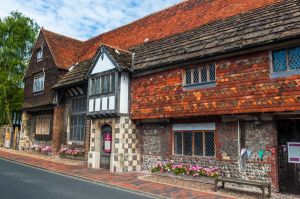 Anne of Cleves House is a 16th-century timber-framed house in the Wealden hall style that formed part of Henry VIII's divorce settlement with Anne of Cleves. The interior of the house is filled with a variety of exhibits telling the story of the house, the heritage of Lewes, and life in the area since the 16th century.
History
The oldest part of the house dates to the late 15th century and makes an excellent example of a late medieval timber-framed building. The structure was altered numerous times through the 17th century, but it remains very much a 16th-century house, with period furnishings and architecture. There is no indication that Anne of Cleves ever actually stayed in the house, though she certainly did spend time in the area, so it is certainly possible that she visited her house!

The kitchens have been furnished to reflect how they would have appeared in the Tudor period. The bedroom and parlour are decorated in authentic period style. Within the house is the Museum of Lewes History, and the Wealdon Iron Gallery, with exhibits on the important role of the local iron industry in the Tudor period. Look for the 16th-century fireback plate depicting the burning of Protestants during the reign of Queen Mary.

The garden has been planted with plants that were common in the 16th century and laid out on a traditional Tudor plan. The house is geared to provide a glimpse into the past for children, with opportunities to dress up in Tudor costumes and learn about life in the 16th century. The house is operated by the Sussex Archaeology Service, who also run the nearby Lewes Castle, and a joint ticket is available to both properties. 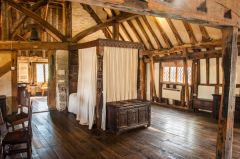 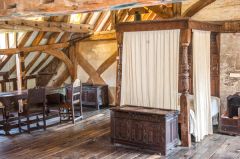 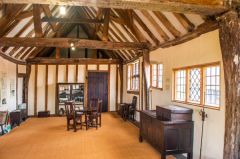 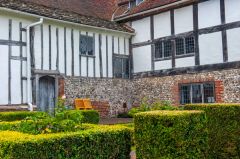 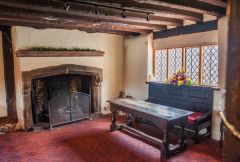 More self catering near Anne of Cleves House >>

More bed and breakfasts near Anne of Cleves House >>