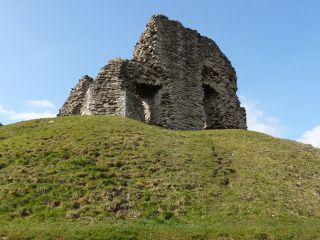 Christchurch Castle
The ruins of a Norman keep stand atop a high motte, or mound, near a 12th-century chamber block called "Constable's House." The castle was begun around AD 1100 by the Norman lord Richard de Redvers on the site of a fortified Saxon town founded by Alfred the Great.

The castle was built on a traditional Norman motte and bailey plan, with a timber keep atop a high mound, surrounded by a bailey, or palisade enclosure. Within the outer bailey were stables, kitchen, and other lodgings. Of these other buildings, only the lord's private quarters have survived.

The lord's quarters became known as 'Constable's House', and are interesting for several reasons. First, this stone building is a very rare example of Norman domestic architecture. It was built around 1160, at a time when most Norman castles had a communal great hall inside the keep, and it is extremely unusual to find private quarters like this, even for a powerful lord.

Within the rectangular structure is a very unusual chimney. Throughout the Norman period, and indeed, well into the Middle Ages, fires were usually kept in an open central hearth, with the smoke simply allowed to escape up through the roof covering. So it is extremely unusual to see a chimney of such an early date. The ground floor was used for storage, but there is a large fireplace on the first floor, suggesting a hall, or chamber used to entertain important guests.

One of those guests was King John, who is known to have stayed at Christchurch Castle. The hall features a beautifully carved window at one end, again emphasising the importance of the chamber. At one end is a private bed-chamber, separated from the main hall by a passageway and containing a garderobe emptying into the nearby mill-stream.

The Redvers family owned Christchurch Castle for 150 years. After that, it passed through numerous hands and was for a long period in crown hands. Around 1300 a stone keep replaced the timber structure on top of the mound.

During the Anarchy - the bitter civil war between King Stephen and Queen Maud - the Redvers family supported Maud, and Stephen's supporters besieged Christchurch Castle. Five centuries later the castle was taken by Parliament during the English Civil War. A Royalist army tried to retake the fortress in January 1645 but was unable to pierce the castle defences.

The castle is cared for by English Heritage but is an open site, accessible at any time.

More self catering near Christchurch Castle >> 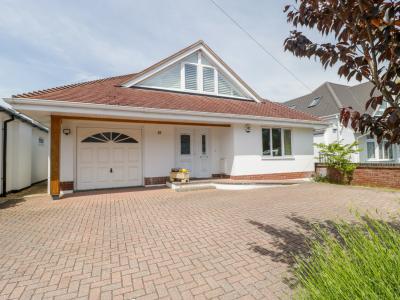 This detached contemporary property is situated in the town of Christchurch, in Dorset, and is flexible to sleep up to six people in three bedrooms.
Sleeps 6 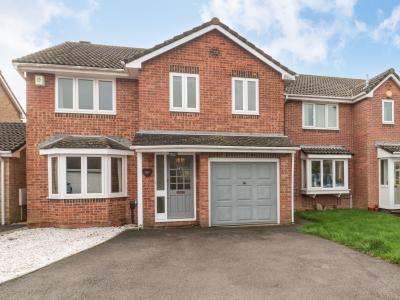