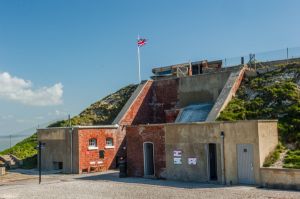 Needles Old Battery is a Victorian gun battery built in a staggeringly beautiful location at the very westerly point of the Isle of Wight. The original cannons set up against the threat of French invasion are still on display. A tunnel leads right through the cliff to a viewpoint over The Needles and its famous striped lighthouse.

When the threat of war with France loomed in the 1860s the British Prime Minister, Lord Palmerston, launched an ambitious programme to expand the country's naval defences. One of the keys to Palmerston's plan was to defend the naval dockyards at Portsmouth, on the north side of the Solent channel.

The windswept headland at the very western tip of the Isle of Wight was ideally positioned to defend the western approach to the Solent. So a gun battery and lookout was established on the rocks above the Needles Rocks and lighthouse. The battery was defended from landward attack by a deep ditch and approached through a gatehouse passage reinforced with earth.

Within the walls are two command posts for controlling gunfire, and an underground tunnel leading to a forward searchlight emplacement cut into the rock face overlooking the Needles. There was accommodation for 21 men under command of 2 NCOs and one officer, with a laboratory, storage buildings, and a magazine. Drinking water was a challenge due to the remote location, so water was collected in rain-butts. The battery was only manned in times of trouble. The rest of the time only a Master Gunner lived on site, and you can see the remains of his house foundations just outside the Battery entrance. 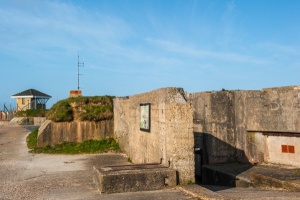 The battery was armed with 6 7-inch Rifled Breech Loader guns, but after only a dozen years these were replaced with muzzle-loading guns. Larger 9-inch muzzle loading guns were installed in 1893, but these were decommissioned in 1903. The decommissioning took the form of simply tossing the guns over the cliff! All the guns were later recovered, and 2 have been put on display in the Old Battery, albeit on replica gun carriages.

The French invasion that Palmerston feared never came to pass, and the string of forts built to counter the threat became known as Palmerston's Follies. Even though the French threat did not materialise, the Battery stayed in use through both the First and Second World Wars. An anti-aircraft gun was installed in the parade ground as WWI loomed

In 1945 the batteries were closed, and 30 years later were acquired by the National Trust. 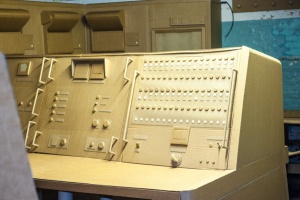 Just uphill of the Old Battery is the Needles New Battery, built in 1895 amid concerns that the larger guns at the Old Battery might cause the cliffs to collapse. The Battery was armed with 3 9.2-inch breech loading guns, each firing massive shells weighing 380 pounds each. It is no surprise, then, that each gun required a crew of 11 men! Underground magazines served the gun emplacements, and a command post stood higher up on the down.

At the height of the Cold War, the New Battery was used to design and test rockets for the military. A pair of underground rooms were used, linked by a tunnel. In this secret complex, scientists worked on rockets including the Black Knight and Black Arrow, and the space satellite Prospero. These chambers have been refurbished to show how the tests were carried out and what life was like for the scientists engaged in top-secret projects here. Entry to the New Battery is free (unlike the Old Battery).

The Needles Rocks and Lighthouse

Several paths around the New and Old Batteries lead to viewpoints overlooking the Needles rocks and the iconic red and white striped lighthouse at the western tip of the Rocks. The first lighthouse at the western entrance to the Solent was built in 1786 atop the cliffs. Unfortunately, the height of the cliffs meant that the light was often shrouded in mist and fog, and was thus invisible to shipping. That was rectified in 1859 when the present lighthouse was built at the very western tip of the Needles Rocks. The lighthouse stands 33.5 metres high. It was manned for over 200 years, only becoming fully automated in 1994, and a helipad was built on top in 1987.

Needles Headland and Tennyson Down

There are trails crisscrossing the headland, and it is very easy to climb to the top of Tennyson Down and follow the route walked by the Poet Laureate Alfred, Lord Tennyson. This is a fantastic place to walk, with sweeping views in all directions.

There is no vehicular access to the Needles headland, except for a regular bus service from Freshwater. If you come in your own vehicle you will have to park at Alum Bay Park (a charge applies) and take the signed cliff-top walk to the Battery. It should take no more than 15 minutes, and on a clear day the views are exhilarating. Be aware that the Old Battery may be closed on very windy days. 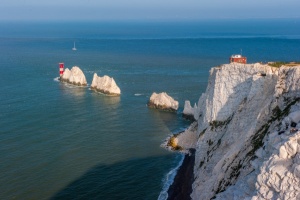 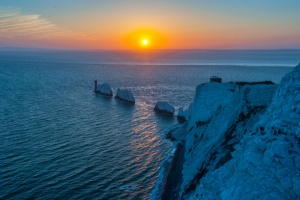 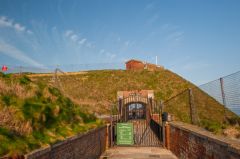 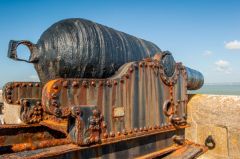 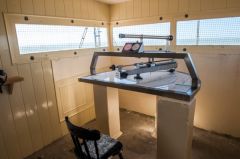 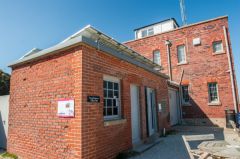 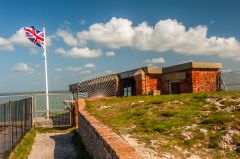 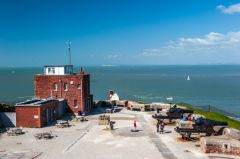