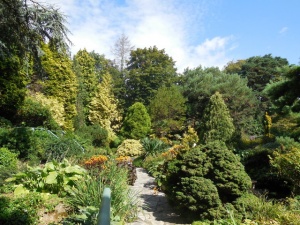 The 10 acres of gardens at Compton Acres sit in splendour looking out over Poole Harbour. They are the brainchild of Thomas William Simpson, who began to build Compton Acres just after WWI. Simpson had a vision of creating at Poole a garden composed of separate garden rooms, or areas, each illustrating a particular garden style from around the world. Simpson planned the paths and terraces so that only one garden area could be experienced at a time.

At enormous expense (some £220,000) he gathered rare plants, trees, and garden statuary from across the globe. Simpson was a stickler for authenticity. As an example, he went to the trouble and expense of bringing to England a Japanese garden designer and workmen to create the Japanese Garden area, complete with Japanese stones and earth.

Photo is (c) Paul Gillett, republished with gratitude under a Creative Commons license

More self catering near Compton Acres

Self Catering near Poole