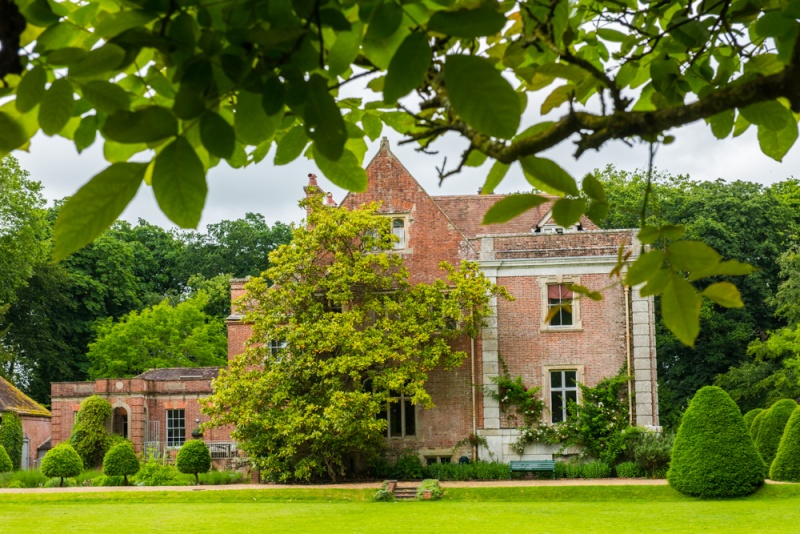 A long, gently waving brick wall encloses the kitchen garden, part of 13 acres of peaceful roses, herbs, specimen trees, lawns and borders. Within Deans Court is an organic kitchen garden enclosed within a serpentine wall said to have been built by French Napoleonic War prisoners. 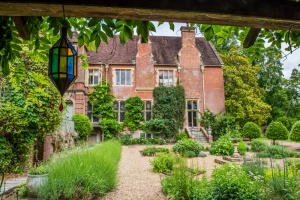 The herb garden behind the house

The history of Deans Court goes back to the 8th century when a house was built here for the Abbess of Wimborne. In the middle of the 10th century, the house became the deanery for Wimborne Minster.

It was not until the 16th century that it became a private dwelling, after chantries were dissolved by an Act of Parliament. In 1548 Deans Court was granted to John Hanham, MP for Poole, and since then it has been home to successive generations of the Hanham family.

The current house was built in 1725, completely enclosing the Saxon hall. The house retained panes of Renaissance stained glass from the earlier house. The north and east facades are of elegant early Georgian brick, while to the south and west is a Victorian extension built in 1868. The Court is listed Grade I for its historic interest.

Other Saxon features to survive includes the stewpond in the gardens. Other notable garden features include an apiary, herb garden, plantings of mature trees, and the walled garden with its curving walls. There is an apple orchard where wildflowers abound.

The kitchen garden at Deans Court was the first in the country to be accredited as Organic by the Soil Association.

Visiting is very informal; we arrived by way of a footpath off Deans Court Lane, a very short walk from the Minster church and historic core of Wimborne. There was a small kiosk on the gravel drive in front of the house, and they gave us a map of the gardens. We got in for free because we are Historic Houses Association members.

Further along the drive is a beautiful Palladian bridge, but the bulk of the gardens are to the rear and west side of the house. Immediately behind the house, partly enclosed by a rear wing of the building, is a pretty herb garden laid out in a formal design.

Close to the house, wide lawns lead away to the Saxon stewpond, a long rectangular pond, with a pier jutting out over the water so you can get a closer look at water-loving plants. Footpaths lead through the grounds, past huge old trees, to the restored rose garden and walled garden areas.

It won't take much more than an hour to explore the gardens, but they are very pretty and make for a peaceful oasis from the bustle of the town outside the walls. 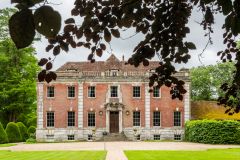 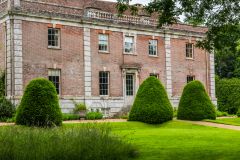 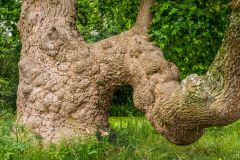 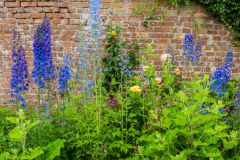 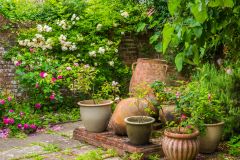 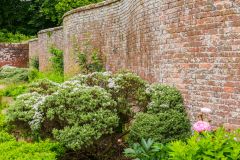 More self catering near Deans Court >>