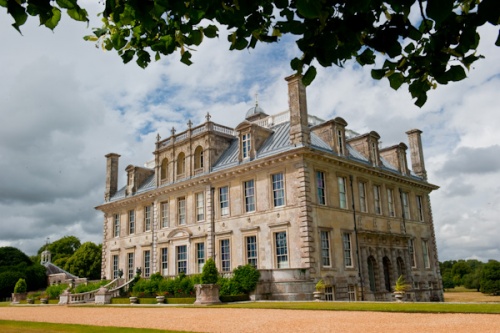 The manor of Kingston Lacy has roots dating back to the Saxon era when Kingston served as an administrative centre for a royal estate within Wimborne manor. The Crown leased the estates to various tenants over the medieval period, and the Lacy part of the name refers to the de Lacy family, Earls of Lincoln, one of the medieval tenants.

Edward I visited on at least 5 occasions, and the estate was later leased to John of Gaunt, Duke of Lancaster. John Beaufort, 1st Earl of Somerset, lived at Kingston Lacy, and his daughter, Lady Margaret Beaufort, was brought up here. Lady Margaret was one of the most powerful women of the medieval period and was the mother of Henry VII.

Around 1636 the estate was purchased by a Cumbrian lawyer named Sir John Bankes, who bought Corfe Castle around the same time. Bankes played a key role in the events leading up to the Civil War, and served as Attorney General, and later, as Chief Justice of the Common Plea under Charles I.

In 1618 Sir John married Mary Hawtrey, who was later to gain the nickname 'Brave Lady Mary' for her role in defending Corfe Castle from a Parliamentary siege. 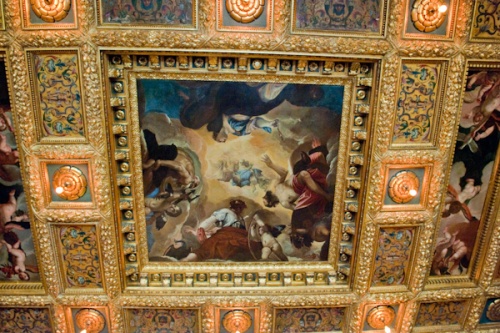 In 1663 Ralph Bankes, son of Sir John and Lady Mary, built a new manor house at Kingston Lacy, and it is this house, albeit substantially remodelled as tastes and family fortunes changed over the centuries, that we see today.

Sir Roger Pratt was responsible for the original design of Sir Ralph's "Kingston Hall", but the family did not stay long in the unpretentious classical brick house built by Pratt. By the time of Sir Ralph's death the family debts had risen so alarmingly that they had to move out and lease the house to tenants. Eventually, the family finances recovered, and the Bankes family returned.

The collection of art gathered by Sir Ralph Bankes forms the basis of the wonderful collection that fills the house today, though this was greatly expanded by subsequent generations of Bankeses as they amassed artwork from travels on the European continent and the Middle East.

The 17th-century house and grounds built by Sir Ralph Bankes were altered by Henry Bankes the Younger around 1780, with the help of architect Robert Brettingham. Henry swept away the formal gardens and created a more relaxed and informal mix of landscape gardens, as was the style in the late 18th century. Later additions to the grounds include a pair of Egyptian obelisks brought back by Henry's son William.

William later called in architect Charles Barry to transform the Hall into the house we see today, with a Chilmark stone exterior, and a stunning staircase of Carrara marble.

Barry met William Bankes, an inveterate wanderer and friend of Lord Byron, in 1819 at the temple of Rameses in Abu Simbel. The two men struck up a friendship, and when Bankes finally turned his attention to remodelling his family home at Kingston it was Barry he called on to help.

In 1841 William Bankes was forced to flee abroad after being sentenced for a homosexual offence, and while in exile he drew up designs for perhaps the most impressive chamber at Kingston Lacy, the Spanish Room. This room, clad in painted and gilded leather and boasting a superb gilded ceiling from a Venetian palace, was intended to show off his marvellous collection of Spanish art.

Over the course of 20 years, Bankes lavished attention on the house, which he renamed Kingston Lacy. He focussed most of his attention on the interior decorative elements. Here he assembled a wonderful collection of European paintings, including works by Velazquez, as well as family portraits by Reynolds and Van Dyck.

One has to wonder what the house would be like today if Bankes had not had to cut short his redecorating and flee the country after an "indiscretion" with a guardsman.

The entire interior of Kingston Lacy is filled with exquisite artwork, with paintings and sculpture of the highest order. The rooms are sumptuously furnished to show off the art, along with the original Bankes family furniture.

Perhaps the most impressive area of the house, apart from the Spanish Room, is the Loggia, the airy, spacious staircase landing, which shows off three specially commissioned statues of Sir Ralph Bankes, builder of the house, his wife, Lady Mary ('Brave Lady Mary' of Corfe Castle fame), and King Charles. At the base of the statue of King Charles is a scene depicting the siege of Corfe Castle which earned Lady Mary her moniker.

The spectacular marble staircase designed by Barry was Bankes's favourite design element. Everywhere is an abundance of marble statuary reminiscent of classical Rome, and marvellous carved panelling and plasterwork. The extensive gardens are dotted with Egyptian statuary, making Kingston Lacy a truly fascinating and eclectic experience.

The house is set in spacious grounds, with a sunken garden, kitchen garden, and lovely walking trails to enjoy. Only a short distance west of Kingston Lacy is Badbury Rings, a prehistoric hilltop settlement also in the care of the National Trust.

More self catering near Kingston Lacy

Self Catering near Wimborne Minster