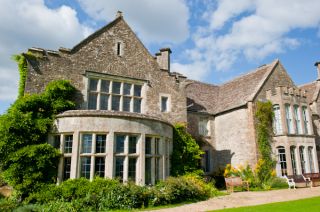 The house was extended in the early 20th century and boasts a lovely Edwardian ballroom.

Chavenage has featured in so many feature films and television dramas over the years that to list them all here would take ages. A few popular films in which Chavenage was used include Lark Rise to Candleford, Cider with Rosie, The House of Eliot, and the Agatha Christie mystery The Mysterious Affair at Styles.

Chavenage is mentioned as early as the 9th century when a Hundred Court met here. The first known holder of the estate was Goda, the sister of King Edward the Confessor and wife of Earl Godwin of Mercia. There was a monastic presence at Chavenage in the 14th century, under the control of Bruton Abbey, Somerset.

When the abbey of Bruton was dissolved under Henry VIII, the Chavenage estate was granted to Thomas Seymour, who subsequently married Henry VIII's sixth and last wife, Katherine Parr. After Seymour was executed for treason in 1549 the house passed through several hands until it was purchased by Edward Stephens.

It was Stephens who transformed the medieval house and created a grand Elizabethan manor. Stephens used glass from nearby churches and dissolved monasteries, and timbers from ships broken up on the River Severn nearby.

Chavenage in the Civil War

The window can still be seen, beside the garden door off the Library passage. The Parliamentary soldiers placed a candle in the window to lure the commander of Beverstone away, and attacked again, secure in the knowledge that the commander was otherwise occupied and not at his post.

Nathaniel Stephens, as mentioned earlier, supported Parliament in the Civil War. He was less willing to embrace the idea that King Charles should be executed, however. At Christmas, 1648, Cromwell despatched General Ireton to Chavenage to persuade Stephens to support the idea of regicide. After much persuasion, Stephens agreed.

When his daughter Abigail heard this, she flew into a rage and laid a curse on her own father. Shortly after, her father fell ill and died. When the household assembled for his funeral, a hearse drew up before the door, driven by a headless coachman.

Stephens's corpse rose from his coffin, bowed to the coachman, and entered the hearse. As he drove the hearse away, the coachman appeared to change into a likeness of the dead King Charles I. Thereafter, every time the head of the Stephens family died, the headless coachman was said to appear and take him away.

Civil War mementoes are on view in Cromwell and Ireton's room, including several swords, pikes, a leather hat protector, and horse furniture.

More self catering near Chavenage House >> 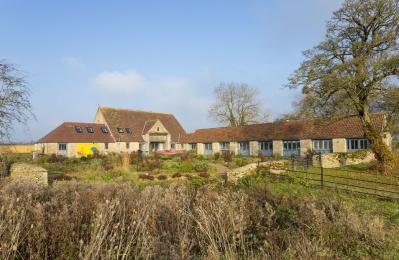 This unique property looks like a traditional Cotswold stone barn from one side, but on the other it reveals itself to be an all-mod-cons holiday home with five bedrooms and …
Sleeps 10 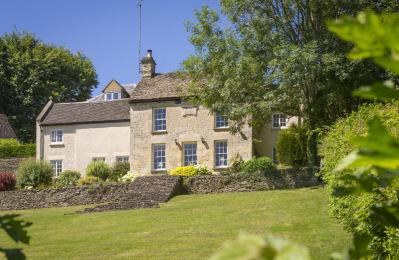 This charming detached 19th century Cotswold cottage is set in a quiet corner of Tetbury, a thriving market town built around a 17th century Market Hall, yet only 30 minutes …
Sleeps 5