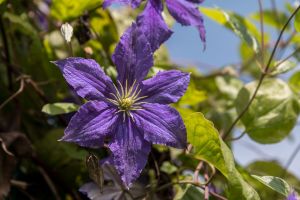 RHS Garden Hyde Hall
Hyde Hall, Essex, is a 24-acre garden donated to the Royal Horticultural Society in 1993 and one of 4 gardens around Britain operated by the RHS. A special focus at Hyde Hall is the use of plants and techniques suited to arid areas, as this is one of the driest spots in Britain!

Hyde Hall began as a hilltop farm, surrounded by fields. The hilltop location offers wonderful panoramic views across the surrounding Essex countryside. The first gardens here were planted in 1955 by Dr and Mrs Robinson, who planted a woodland garden and later added cypress hedges.

Nearby farmland was added to the garden, which was managed by a charitable trust until 1993 when Hyde was granted to the RHS.

The area around the old Hall is given over to more formal garden areas, including a rose garden, with herbaceous borders extending out to meet meadowland and grass areas further from the Hall.

There is a popular Dry Garden featuring plants resistant to drought, a courtyard garden, and a more informal area laid out around a small lake. There are bog garden areas and a woodland garden, and Hyde Hall holds the National Collection of Viburnum. The gardens are planted to encourage wildlife, birds, and butterflies, and there is a large population of brown hares.