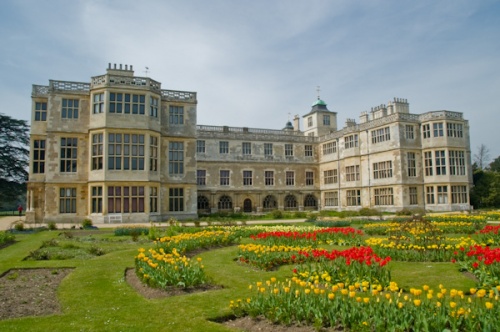 Essex suffers from a lamentable reputation as little more than commuter country for Londoners in search of a bit more parking space. Unfortunately there's an element of truth to the tale, and there are fewer recognised "attractions" than in most other counties. This should not discourage travellers, for there are certainly places in Essex that will amply repay a visit.

Audley End House, near Saffron Walden, is a superb Jacobean mansion set in landscaped gardens by Capability Brown. Built by Thomas Howard, the high-flying Earl of Suffolk, the interior boasts enjoyable classical details by Robert Adam, and collections of fine furniture and art that make it one of the most visited properties run by English Heritage.

Less ostentatious is St. Osyth Priory, where Georgian rooms belie 13th-century foundations. The Priory is reached through an immense medieval gatehouse, and the interior boasts collections of sporting paintings by Stubbs.

A relative newcomer, by comparison, is the fanciful Tudor gatehouse of Layer Marney Tower. One of the first buildings in England to make use of the now-ubiquitous red brick, Layer Marney is the creation of Henry, Lord Marney, who is buried in the small church beside the ambitious mansion, which was never completed. 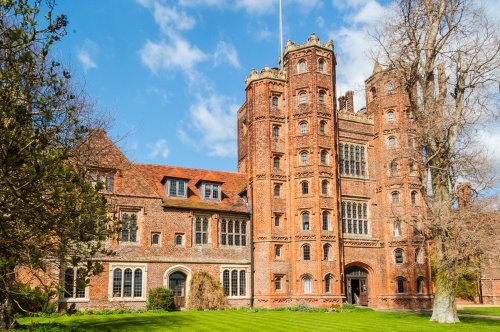 Essex is not short on historic castles, either. For a case in point, visit Hedingham Castle, near Halstead. Hedingham is a wonderful example of a Norman keep, begun in 1140 and later besieged by King John.

At Hadleigh, the remains of a 13th-century castle overlook the estuary of the River Thames. Though the location gives excellent views, Hadleigh pales by comparison to Colchester Castle, the largest Norman keep in all of Europe. Weighing in at roughly 150' by 112', the castle was begun around 1076 using stones from the ancient Roman settlement there. The castle is now used by the Colchester and Essex Museum. Colchester itself was the first capital of England under the Romans, and the city boasts fine Roman remains.

Essex has something for gardeners, too. The RHS Garden at Hyde Hall, Rettenden, is a hilltop garden run by the Royal Horticultural Society. It offers an excellent rose collection and water plants, plus the national collection of viburnums. Easton Lodge in Little Easton is an enjoyable 25-acre garden dating back to the 16th century.

Dedham Vale, on the border with Suffolk, is 'Constable Country'. Here the artist John Constable painted his greatest works, depicting a peaceful countryside that in many places has changed little in the centuries since. Bridge Cottage, near East Bergholt, was featured in several Constable paintings, and it now houses a museum based on the artist's life and works. 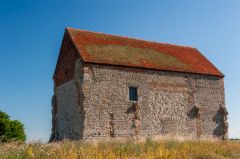 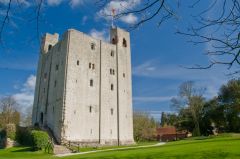 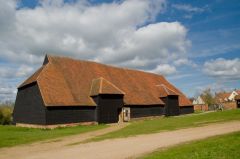 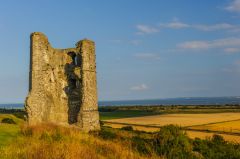 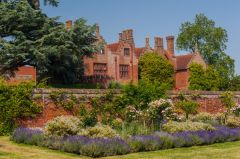 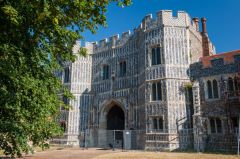 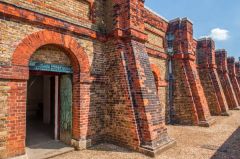