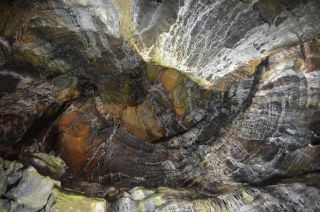 This popular showcave is home to 8 of the 14 known veins of a rare form of fluorspar known as Blue John Stone. Visitors can view old mining equipment and visit the Waterfall Cavern and Grand Crystallized Cavern on regular guided tours.

Blue John Cavern is one of four popular showcaves in the Castleton area and is named for the rare Blue John Stone, which is still mined in small amounts. Blue John Stone is found only here and in the neighbouring mine at Treak Cliff Cavern. The rare form of banded fluorspar was discovered by the Romans over 2000 years ago. Excavations at Pompeii uncovered a pair of vases made from the precious stone.

The caverns you can see on a tour are a mix of natural caves and those created by centuries of mining. See veins of the precious Blue John Stone, stalactites and stalagmites, as well as fossils embedded in the cavern walls.

The caves can only be viewed by guided tour, and the tour guides are the very same miners who work the veins of Blue John Stone. Cavern tours take in the 'Bull Beef' working; which has produced some of the largest and finest examples of Blue John ever found. See The Grand Crystallised Cavern, with a soaring rock dome, and the Waterfall Cavern, covered in stalagmite formations resembling a waterfall frozen in mid-tumble.

One highlight is Lord Mulgrave's Dining Room, a cavern create at the junction of two underground rivers. A whirlpool formed at the meeting of the waters, and the swirling waters created a circular chamber. The name comes from the story that Lord Mulgrave treated the miners to a meal in this spot.

The final chamber shown to visitors is the Variegated Chamber, with a lofty roof some 200 feet above the cavern floor. The cavern's name comes from the multi-coloured markings on the cave walls.

Blue John Cavern is on a hilltop site overlooking Winnats Pass and can be reached by road off Mam Tor Road or by simply walking up from Castleton village. 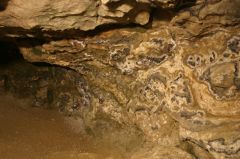 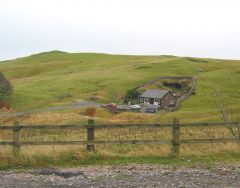 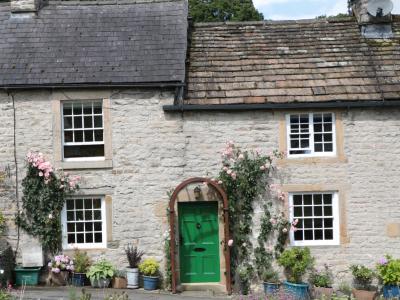 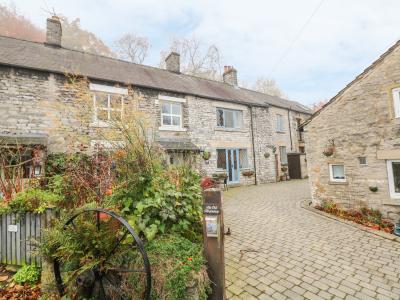 This stone cottage is nestled in the lovely village of Castleton, in Derbyshire and can sleep four people in two bedrooms.
Sleeps 4