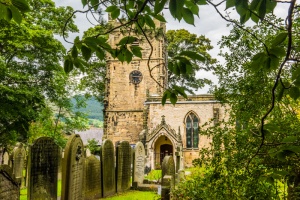 A pretty 12th-century church just a short stroll from Peveril Castle, St Edmunds was probably built by William the Conqueror's illegitimate son, William Peveril, who also began the castle. It was not intended as a church, but as a garrison chapel for soldiers stationed in the castle.

Peveril began building a perimeter wall for the castle in 1086, the same year as the Domesday Book, and the village of Castleton grew up at the base of the hill. So it seems very likely that the church dates to around the last decade of the 11th century or the first decade of the 12th century.

Peveril enclosed the new settlement of Castleton within an earthwork called the Town Ditch, and the church was built on a mound within this enclosure. Throughout the 12th century the castle custodian was also the church patron, and the link between castle and church is emphasised by the fact that the common name for the church was not St Edmund's, but the Church of Peak Castle. 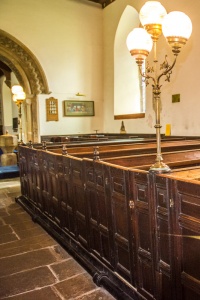 Henry III gave both castle and church to his son and heir, Prince Edward, who granted them to the Abbey of Dernhall. The story goes that Edward had been on Crusade, and when his ship was in danger from a storm he vowed that if he was spared he would give estates to the church. Castleton was the fulfilment of that vow. Edward I later transferred Castleton to Vale Royal Abbey in Cheshire.

The best reminder of the first Norman building is the finely formed chancel arch, decorated with traditional Norman zigzag patterns. In the north window nearest the arch is the only piece of medieval glass remaining in the church, a figure of a saint thought to be 14th century.

The striking nave roof, decorated with bosses bearing the portcullis symbol of the Duchy of Lancaster, dates to the 18th century.

Unusually placed at the west end of the chancel is a simple Norman font, and one of the nave windows was designed by the celebrated Victoria artist Charles Eamer Kempe. Look for Kempe's trademark wheatsheaf symbol, superimposed on a black tower in memory of his nephew, whose last name was Tower. Another nave feature are the 19th-century lamps on the pew ends. The lamps were made to hold oil, and converted to electricity in 1964. 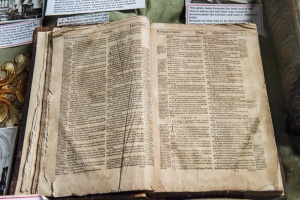 The nave is full of very fine 17th-century box pews, bearing the names of the families who sat there. On the wall is a funeral hatchment for a member of the Ferran family. Hatchments usually stood outside the house of a person who died, and after a year they were brought inside the church.

This version of the Bible gained its unwelcome name when the translators mistakenly translated Genesis 3:7 as 'and they sewed figge-tree leaves together and made themselves breeches'. In later editions, the word 'breeches' was replaced by 'aprons', as 'breeches' was considered a bit rude.

St Edmund's is a lovely historic building, well worth a visit. It is just a very short walk from the Castle, and is usually open daylight hours. 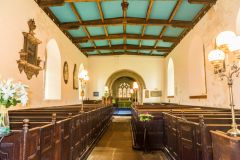 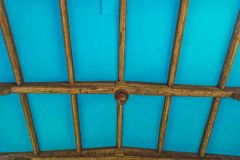 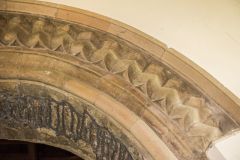 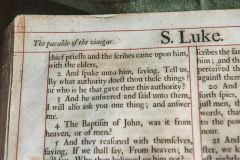 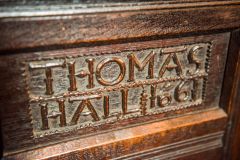