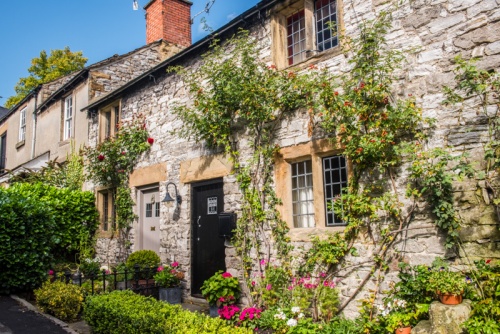 A pretty cottage in Bakewell, Derbyshire

Derbyshire suffers from a reputation as part of England's industrialised central core, but despite the presence of heavily urban areas the county is blessed with some superb countryside and attractive villages, as well as several of England's most outstanding stately homes.

The primary attraction for most visitors is the Peak District National Park, which is contained almost entirely within the borders of Derbyshire. The Peaks are a walker's delight, featuring high moorland split by deep valleys. There are good walking trails at Monsal (Bakewell Station), Ashbourne, and Mam Tor, and if you are up to a stiffer challenge the Pennine Way long-distance trail begins its journey north to Scotland from Edale.

At Arbor Low is a striking henge monument with the addition of a later stone circle. A Bronze Age round barrow was later grafted onto the rear of the site. Other prehistoric sites have been unearthed at Carder Low, High Low, and Lean Low. 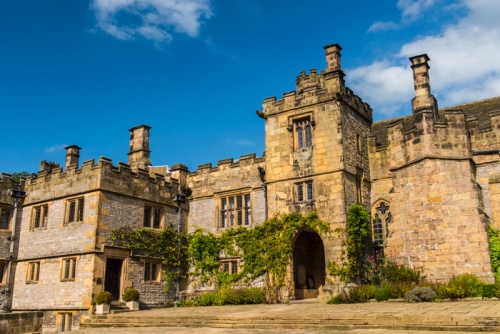 Centred around Bakewell are several historic houses, including the extraordinary Chatsworth House, home of the Dukes of Devonshire. Set in over 35,000 acres of parkland, Chatsworth was begun in the Elizabethan period but heavily rebuilt in 1687. The interior is a sumptuous feast of plaster-work, carving, and painting. Though Chatsworth is one of England's great treasure houses, it must share the attention of visitors to Derbyshire with two other mansions at Haddon and Hardwick.

Haddon Hall is a magnificently sited Tudor house on the banks of the River Wye, with a 14th-century chapel and even earlier Norman foundations. Hardwick Hall was the crowning achievement of the redoubtable Elizabeth, Countess of Shrewsbury ("Bess of Hardwick"). The house was begun in 1571, and its lavish use of windows - very unusual for that era - gave rise to the popular Elizabethan rhyme, "Hardwick Hall, more glass than wall".

The graves in the churchyard of the tiny village of Eyam recalls a heroic incident from the dark days of the Black Plague in England. It was here in 1665 that the inhabitants voluntarily quarantined themselves from the outside world when they discovered cases of the plague in the village. Almost 90 per cent of the villagers died, but their heroic action stopped the disease from spreading.

More cheerful reminders of Derbyshire's past can be found in the attractive Victorian spa town of Matlock, and the equally fashion-conscious Buxton, where the Duke of Devonshire built the Pump Room to provide for genteel visitors to the town's hot springs. Buxton lays claim to the title of the highest town in England and makes an excellent base for exploring the Peaks. 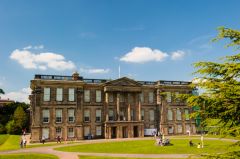 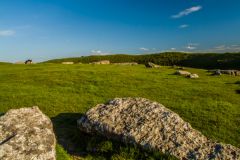 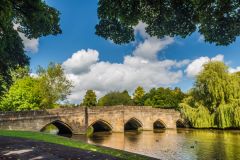 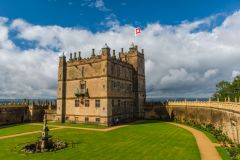 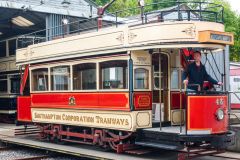 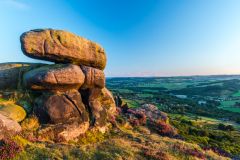 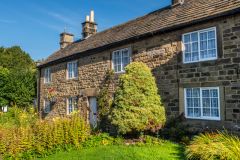 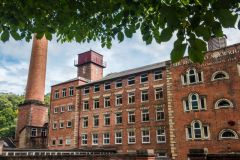 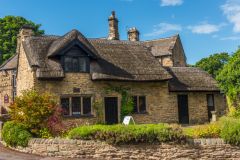