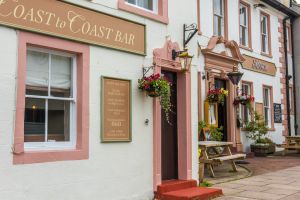 St Bees is a village on the Cumbrian coast named after a 7th-century Irish nun by the name of Bega who was shipwrecked here. She asked Lord Egremont for land to build a nunnery, and was granted 'as much land as is covered by snow tomorrow'. As it was summer, this effectively meant 'no', but to the lord's consternation, snow appeared, and St Bee (Bega) built her nunnery by the sea.

When the Normans came to Cumbria in the late 11th century St Bees was within the lordship of Egremont. The Norman lord, William Meschin, established a Benedictine priory around AD 1120 on the site of St Bega's nunnery. The priory was a daughter house of St Mary's in York and was home to 6 monks under a prior. St Bees became the mother church for a huge area of northwest Cumbria.

In 1981 an astonishing discovery was made during archaeological excavations at the Priory. A burial vault was opened, and inside was a lead coffin holding the perfectly preserved remains of a knight, thought to be Sir Anthony de Lucy, who died in 1368 while on Crusade in Lithuania.

The lead coffin helped keep De Lucy's body in astonishing condition, with his skin, nails, and even the contents of his stomach perfectly preserved. De Lucy's shroud and effigy is on display to visitors, along with the effigy of his sister Maud, who was buried beside him in 1398. 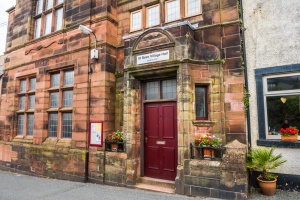 The priory was dissolved by Henry VIII in 1539 but the nave and transepts of the priory church continued in use as the parish church for the local inhabitants. St Bees continued in importance even after the Dissolution of the Monasteries. Look for the plaque on Cross Hill House which commemorates the birth in 1519 of Edmund Grindal, who rose to become Archbishop of Canterbury.

Grindal clashed with Elizabeth I and was suspended from office. He established a primary school in St Bees in 1583, shortly before his death. He also gave the village a new bridge, which is still in use.

The ecclesiastical importance of St Bees continued to outstrip its size. In 1816 St Bees Theological College was founded to train Anglican clergy. It was the first such college outside Oxford and Cambridge.

Another Victorian addition was St Bees School, established in 1846. The school was essentially a re-founding of Archbishop Grindal's 16th-century school as a public school modelled on Rugby.

The arrival of the railway in 1849 turned St Bees into a popular seaside resort, a tradition that continues today. It is also the start of the Coast to Coast Walk long-distance trail created by Alfred Wainwright - look for the official marker stone by the beach.

Near the village is St Bees Head, a nature reserve on the most westerly point of Cumbria, famous for its black guillemots population. 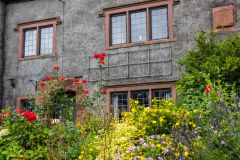 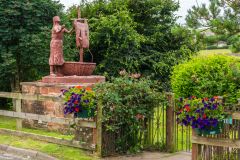 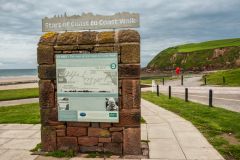 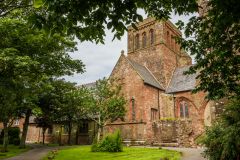 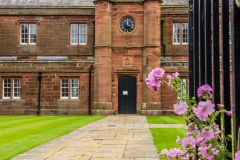 More self catering near St Bees >>