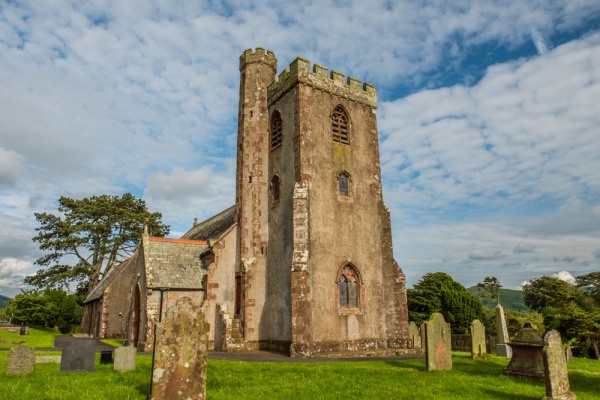 The parish of Irton stretches over a rural area east of Holmrook. There is no real centre of population, just scattered farms and hamlets, in an open landscape with wonderful views towards the western fells of the Lake District National Park. From the churchyard, you can get wonderful views up the Wasdale valley to Great Gable and Scafell Pike.

The parish church of St Paul stands in an isolated location between Santon Bridge and Holmrook. The first church on this site was probably built in the 11th century. In 1227 it was granted to the nunnery at Seaton, but after the nunnery was suppressed by Henry VIII the church was given to the Pennington family of Muncaster Castle. Lord Muncaster later sold the right of presentation and the tithes to Samuel Irton, Esq., of Irton Hall.

The church we see today is Victorian, built in 1857 to replace a medieval building. It was designed by architect Miles Thompson of Kendal, and features excellent stained glass designed by Edward Burne-Jones and manufactured by William Morris.

The foundation stone of the new church was laid on 21 May 1856 by Samuel Irton of nearby Irton Hall. The mallet used by Mr Irton was made from a timber in the medieval church. The new church was built with a generous donation from Lord Muncaster of Muncaster Castle, who paid for the chancel. The new church maintained the custom of pew rental, and there were only three free pews at the rear of the nave. In the vestry is a print showing how the pews were allotted in 1857. 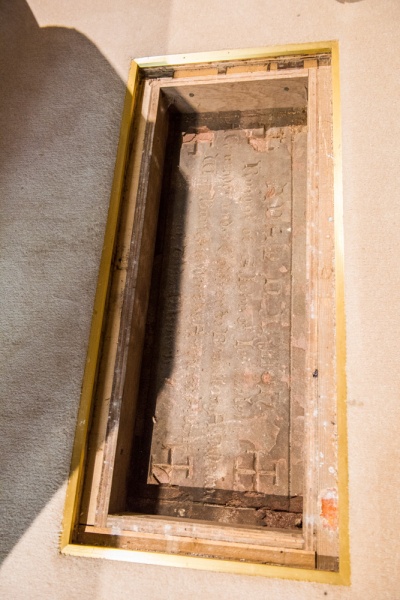 During the rebuilding, a medieval gravestone was found beneath the altar. It is thought to commemorate Adam d'Yreton (Irton), an 11th-century Crusading knight.

Adam d'Yreton is said to have been an outstanding warrior knight, the equal at arms to Richard I of England. Adam was a member of the Knights of St John of Jerusalem, the Hospitallers, and was present at the capture of Jerusalem by Count Godfrey of Boulogne.

According to tradition, d'Yreton fought in the siege of Jerusalem and struck off the head of a Saracen general with a single blow of his sword. The Irton family coat of arms incorporates a Saracen's head to commemorate this grisly event. The carved gravestone is now in St Bees Priory church. Behind the altar is a carved inscription marking the finding of the gravestone:

ADAM D'YRETON. KNIGHT OF ST JOHN OF JERUSALEM A
CRUSADER UNDER GODFREY DE BOULLON AD MXCVI (1096)
WAS BURIED UNDER THE ANCIENT ALTER OF THIS CHURCH

The church was thoroughly restored just 3 decades later in 1887 to mark Queen Victoria's Jubilee. During this restoration, a bell was removed and installed in the clock tower of Irton Hall. It had been in the church since 1715 when it was installed to mark the Jacobite defeat at the Battle of Preston.

On the east wall of the name is a tablet to Admiral Skeffington Lutwidge, who served as second in command aboard the Carcass, during Captain Phipps' expedition to the Arctic in 1773. Aboard the same vessel was a young, as yet unknown, midshipman named Horatio Nelson.

Nelson's contribution to the expedition was to receive a reprimand for leaving the ship while attempting to shoot a polar bear. As for Admiral Lutwidge, he bought nearby Holmrook Hall from his nephew Charles Lutwidge. Charles had a grandson named Charles Lutwidge Dodgson, better known as the author Lewis Carroll. 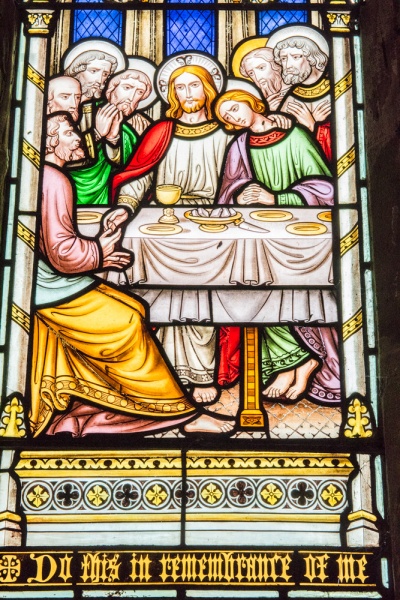 In the chancel is a poignant memorial to three children of the Brocklebank family, all of whom died in infancy between 1880 and 1882. In the sanctuary is a memorial to Madge Heinmann, who died in India. Her body was transported all the way back to Irton for burial in the churchyard.

The font and font cover were both given in memory of Robert Wilfred Skeffington-Lutwidge, who served for 4 decades as a commissioner in lunacy. Robert died tragically in 1873 when he was assaulted by an inmate of Fisherton House Asylum near Salisbury. He died a week later and is buried in London.

Against the exterior east wall of the church are memorials to a pair of 18th-century shipbuilders, Daniel Brocklebank and Wilson Fisher, his son-in-law. 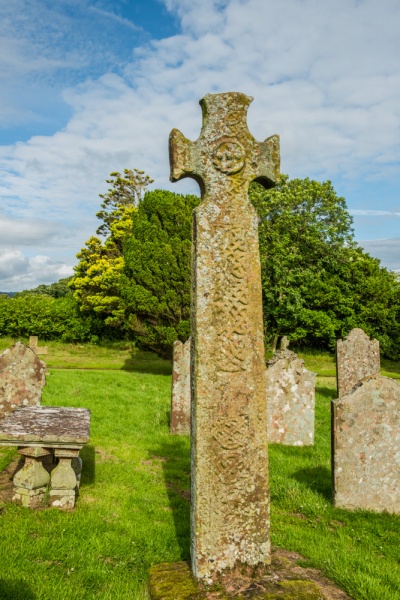 In the burial ground to the south of the church stands Irton Cross, an Anglo-Saxon cross dating to the 9th century, carved fro a single block of red sandstone. The entire cross shaft and cross head are covered in intricately carved patterns on both sides. On the east face of the cross are four panels, two with diagonal key patterns and two with chequer-work.

On the west face are two panels of Celtic interlace separated by a narrow panel which once held runic inscriptions. Unfortunately, the runes are no longer visible due to weathering. In 1863 a mould of the inscription was interpreted as 'GEBDAETH FORAE', which translates as 'Pray for ...'.

The narrow sides of the cross are carved with scrollwork, carved leaves, and fruit. The cross stands roughly 10 feet high (just over 3 metres), and is among the oldest in Cumbria.

The Irton Cross appears to have erected to mark the junction of four ancient trackways. 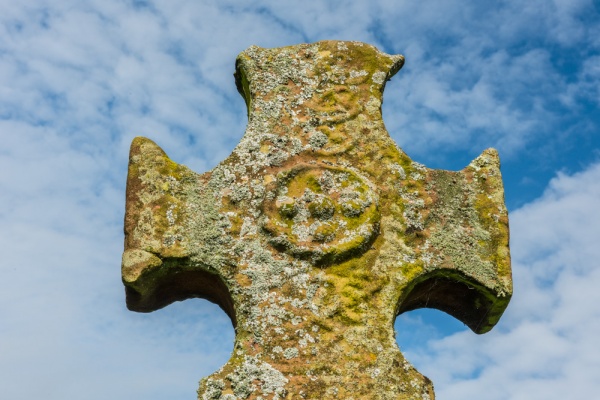 A closer look at the cross head

There are three outstanding Celtic crosses in Cumbria, at Irton, Gosforth, and Bewcastle. The Bewcastle cross is the earliest, followed by the Irton Cross and finally the Gosforth Cross, further north up the Cumbrian coast from Irton. Interestingly, the Irton Cross, unlike the other two crosses, has no human figures, only geometric patterns.

There is a replica of the Irton Cross in the Victoria and Albert Museum in London. The museum commissioned the replica in 1882, at the same time as they had a replica made of the Gosforth cross.

Also in the churchyard is a copy of the Irton Cross, incorporated into the grave of Thomas Brocklebank, second baronet (d. 1911).

Irton Church is usually open to visitors and was open when we arrived for our familty visit. 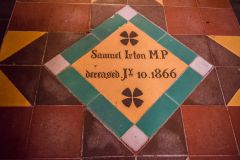 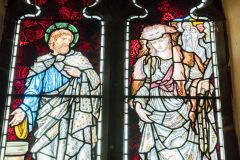 More self catering near Irton Church and Cross

More bed and breakfasts near Irton Church and Cross