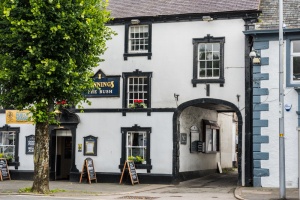 An old coaching inn on
Main Street in Cockermouth

Cockermouth is an attractive market town just outside the north-western boundary of the Lake District National Park at the confluence of the River Derwent and the River Cocker. It is perhaps most famous today for its connections to the poet William Wordsworth and to the Mutiny on the Bounty leader, Fletcher Christian, both of whom grew up here.

The first settlement we know of was a Roman fort called Derventio, established about a mile away from the modern town at Papcastle.

In 1134 the new Norman overlords of England built a castle on a ridge between the two rivers. A settlement grew up around the castle and Cockermouth soon became a thriving market centre for the region. The castle was expanded in the 13th and 14th centuries using stone from the old Roman fort. Successive generations of the Lacy family embellished the fortifications and the work eas finished by the powerful Percy family. 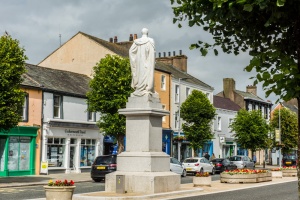 The wide Main Street in Cockermouth

By the late medieval period the castle was ruinous but it was garrisoned by Parliamentary troops during the Civil War. The castle garrison was besieged by Royalist forces but escaped relatively unscathed. In 1750 the castle passed to Lord Egremont and it remains in Egremont family hands today.

Surviving historical features include the hall (c. 1360), Flag Tower (1387), and gatehouse (1400). Long sections of the restored curtain wall remain. The castle is still a private dwelling and is generally closed to the public.

Cockermouth developed as a typical medieval town, with long, narrow burgage plots running at right angles to the high street. the town layout has hardly changed since the Middle ages, which is why in 1965 Cockermouth was chosen as one of 51 'Gem Towns' by the British Council of Archaeology; places worth special conservation efforts to preserve their nationally-important historical character. 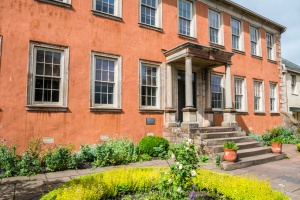 The town was of such importance in the medieval period that it had two MPs when there were only six MPs in total for the whole county of Cumberland!

The town's prosperity was built on the cloth trade. There was a fulling mill as early as the 12th century and for the next 600 years there was a thriving cottage industry in making and processing textiles. when the Industrial Revolution destroyed the cottage industries, Cockermouth became a busy centre of mechanised production, with woollen mills, cotton mills, and linen mills driven by the steady water supply from the Cocker and the Derwent.

In the 20th century Cockermouth has remained an agricultural centre but has also become a very popular destination for tourists, with easy access to the Lake District and the coast.

On 7 April 1770 William Wordsworth was born in a lovely Georgian House on Main Street. His father John was a solicitor and acted as an agent for Sir James Lowther, who owned the house. William lived here until 1783 when his father died and the family was forced to move. 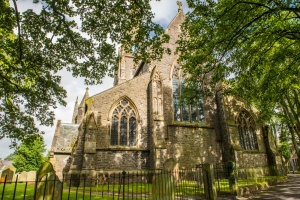 The house is now preserved by the National Trust and is presented as it would have looked when the Wordsworth family were in residence. See the small chamber where John Wordsworth worked and the kitchen where Ann Wordsworth prepared meals for the family.

In 1985 almost 500,000 daffodils were planted around Cockermouth in honour of Wordsworth. That makes spring the best time to visit when the town is lush with yellow flowers.

The first church on this wooded site was built in the 14th century, possibly on the remains of an earlier 11th-century building. By 1771 the 14th-century church was in such a poor state of repair that it was pulled down and completely rebuilt. That 18th-century church burned down in 1850 and replaced by the present building.

In keeping with the earlier 14th-century building, All Saints uses the Early English Gothic style. The finest interior feature is a pulpit of Caen stone. There are excellent stained glass windows by CE Kempe.

The east window is dedicated to William Wordsworth and his sister Dorothy, both of whom were baptised and worshipped in the 18th-century church. Their father John Wordsworth is buried in the churchyard.

Christian was not technically a native of Cockermouth; he was born at Moorland Close Farm in Eaglesfield, about one mile distant, in 1764. Like William Wordsworth, he attended Cockermouth Grammar School. After leaving school, Christian chose to enter the Royal Navy. In 1787 he was appointed as Chief Mate aboard the HMS Bounty, captained by William Bligh.

The Bounty sailed to Tahiti where it was loaded with breadfruit for the West Indian Colonies. The crew of the Bounty mutinied en route to the Colonies, and Bligh was set adrift with 18 crewmen. Fletcher Christian and the rest of the crew sailed back to Tahiti and then on to Pitcairn Island where they settled.

Christian's fate is uncertain. Some rumours said that he eventually returned to England, while other stories claim that he died on the island.

Another native of Eaglesfield was John Dalton, a scientist who established the atomic theory of matter.

In 1828 John Jennings founded a small brewery in the village of Lorton. By 1874 the brewery had outgrown its original premises so Jennings moved into new premises in Cockermouth, near the castle. The Jennings family owned the company until it was purchased by Marstons in 2005. Visitors are welcome to explore the historic 19th-century brewery buildings by guided tours, which usually run from March through December. Check the brewery website for current dates and times.

A few miles outside Cockermouth is Isel Hall, a stately home built around a 14th-century pele tower. The Hall is in a wonderful location overlooking the River Derwent.admission is by guided tour and takes in the medieval tower with its original oak doors.

Cockermouth is on the A66 eight miles east of Workington and seven miles southeast of Maryport. In theory, there is parking along Main Street but it tends to be crowded, so your best bet is to follow the obvious signs for one of the five pay and display car parks. 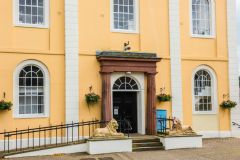 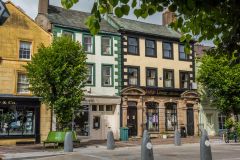 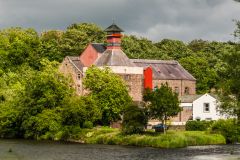 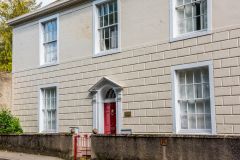 More self catering near Cockermouth

More bed and breakfasts near Cockermouth

Self Catering near Cockermouth