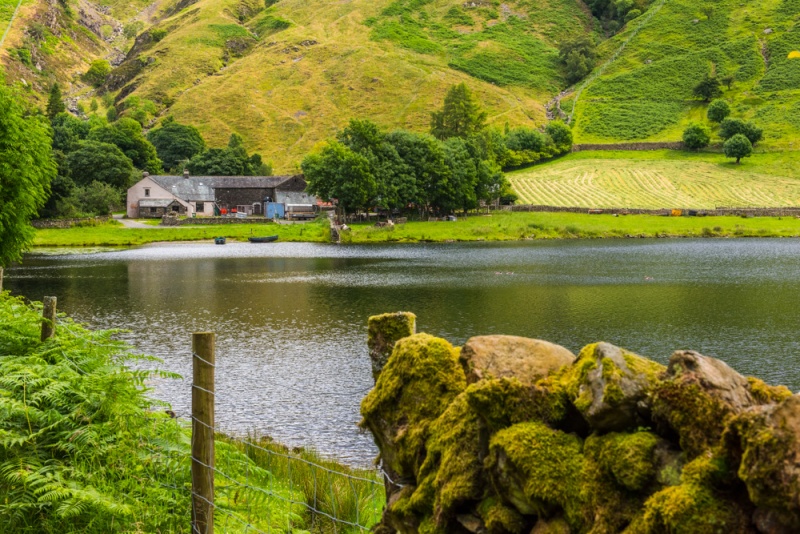 One of the most scenic and often photographed Lake District locations, Watendlath is a hamlet high up in a hanging valley above Derwentwater, between the Borrowdale and Thirlmere valleys. An old packhorse bridge spans the beck, and there are walking trails over Grange Fell.

The peculiar name comes from a combination of Old Norse words meaning 'water-end barn'. The reference is still valid today, for the only access is a dead-end road that terminates at Watendlath Farm.

There is not much to Watendlath itself beyond the farm, and Watendlath Tarn. The tarn is fed by water from Blea Tarn Gill, and the outflow feeds Lodore Falls, near the lake below. The tarn was given to the National Trust by Princess Louise, Queen Victoria's daughter, in memory of her brother, Edward VII. The tarn is stocked with trout and is a popular spot for fly fishing.

Like much of the Lake District, Watendlath is owned by the National Trust, who lease out the farm. The Trust also owns the Herdwick sheep managed by the farm tenant, thus helping ensure the survival of this rare breed. The farm was the subject of a 1921 painting by Dora Carrington that now hangs in the National Gallery in London.

The National Trust owns a bothy beside the tarn that they rent out as very basic holiday accommodation.

Watendlath is the fictional home of Hugh Walpole's heroine 'Judith Paris' in his series of 4 'Herries Saga' novels.

There is only one way to reach Watendlath by car, and that is by a lane off the B5289 from Keswick to Borrowdale. It is easy to miss the lane, but if you are coming south from Keswick and you reach the Lodore Hotel, you've come too far! The lane is very narrow, with passing places, so drive carefully.

The road crosses Ashness Bridge, a picturesque stone-built bridge across the beck, with views across Derwentwater to the peak of Skiddaw. Beyond the Ashness Bridge is Surprise View, where there is a parking place beside a cliff-top viewpoint looking out over the Derwentwater valley.

As you continue on up the lane you come to the famous packhorse bridge, which was named one of the best places in Britain to play Poohsticks. There is a parking area and a public convenience by the tarn, and the farm operates a seasonal tearoom with homemade cakes for sale.

I can't over-emphasise just how narrow the road is. Passing places are few, and even these are very awkward. We had a few difficult episodes backing up when we came face to face with vehicles coming the other way.

If you don't feel confident in your skills backing up on a narrow road, don't attempt to drive to Watendlath! If you'd like to avoid the worst bit of the road you could park at Ashness or Surprise View and follow the footpath up the valley to Watendlath, a distance of about 2 miles through some of the most picturesque landscape in the Lake District National Park. 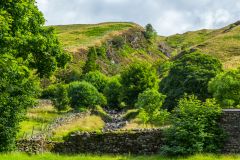 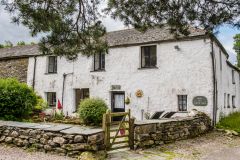 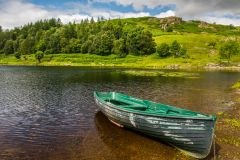 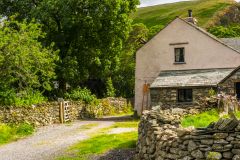 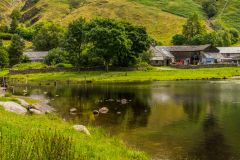 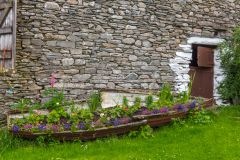 More self catering near Watendlath >>

More bed and breakfasts near Watendlath >>