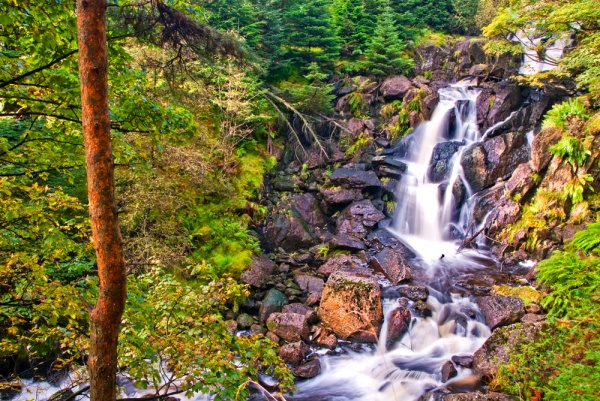 Dob Gill Waterfall, sometimes known as Dob Gill Force, is one of the lesser know waterfalls in the Lake District National Park, yet it is relatively easy to reach and makes a wonderful scenic stopover as part of a longer route between Thirlmere and Blea Tarn.

The waterfall (or, to be more accurate, waterfalls in the plural) are beautifully situated in a lovely woodland area stretching west from the western bank of Thirlmere reservoir.

The stream known as Dob Gill flows out of Harrop Tarn, set in a lovely bowl on the fells above the reservoir. As it descends downhill to empty into the reservoir Dob Gill drops a rocky ravine, creating a series of small waterfalls.

Reaching the falls is extremely, easy, which makes it even more peculiar that so few people seem to know about the falls. 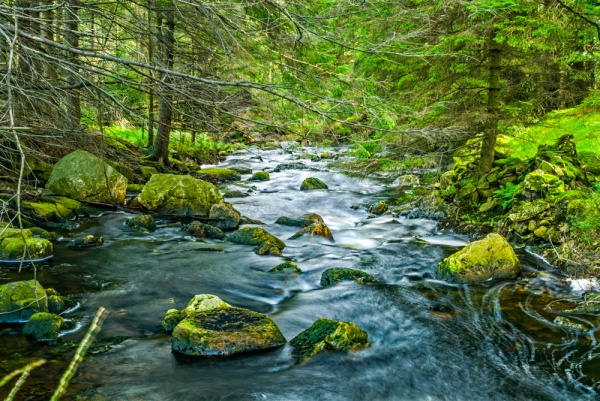 Dob Gill below the waterfall

The A591 runs down the east bank of Thirlmere. At the southern end of the reservoir a minor road branches west, past the hamlet of Wythburn. The road turns up the west bank of the reservoir and crosses Stockhow Bridge. Immediately after the bridge you pass a parking area. Don't stop here, but rather carry on another half mile to Dobgil Bridge. Cross the bridge and you almost immediately come to a second pay and display parking area at NY316139.

This is the starting point of the walk. From the car park a signed trail leads uphill towards Harrop Tarn. The trail passes through a gate set into a stone wall. Keep right of a large crag and the trail starts to ascend steeply through woodland. As you climb you can catch glimpses of the reservoir below you. 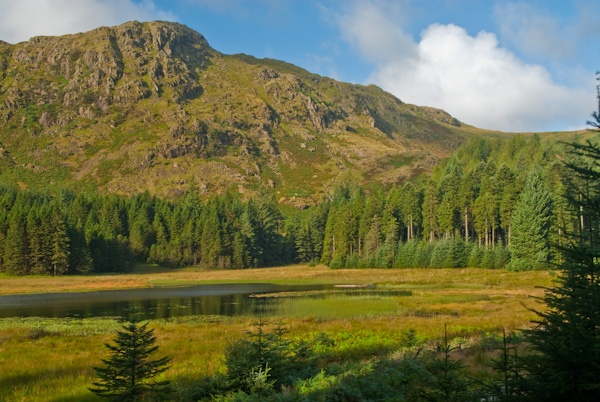 Just carry straight on for about 1 mile until you come to the falls on your left. There are several places where you can easily get a good look at the waterfalls, but don't stray too close to the edge, as the drop to the stream is quite steep in places.

You can simply retrace your steps from the falls or continue for another quarter mile until you emerge at Harrop Tarn. A well marked trail skirts along the edge of the tarn. To the north-west the trail carries on through woodland before climbing onto the high fells and reaching Blea Tarn in about 1.5 miles. If you follow the trail to the south-east it descends quite steeply to Wythburn and the southern end of Thirlmere.

Dob Gill Waterfall is not spectacular in the way of Aira Force or Lodore, but it is a very pretty waterfall in a quiet corner of the Lake District. The walk is short enough for families with young children, and is not too challenging.