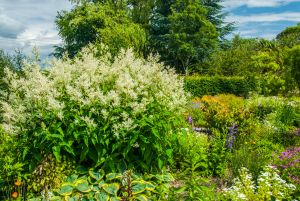 Perhaps the best example anywhere of an English cottage garden; the informal planting scheme was developed by Margery Fish in the period from 1940-1960. A 17th-century malthouse stands within the garden.

The garden surrounding East Lambrook Manor is famous as the 'Home of English Cottage Gardening' and is probably the most influential British garden in the second half of the 20th century.

The lush and profusely planted garden was created by Margery Fish, who began laying out the garden in the 1940s. Ms Fish developed a unique style, mixing together common garden plants with rare varieties, always keeping a firm eye on compatible colours, form, and texture of plants. It was here at East Lambrook that she developed the mixed borders that are so popular in gardens today.

Born Margery Townsend, she attended secretarial college before embarking on a highly successful career in journalism. She rose to become assistant to Lord Northcliffe, founder of the Daily Mail newspaper. When Lord Northcliffe headed the British Mission to the USA in 1917 Margery accompanied him, and was awarded an MBE for her wartime work.

After the war, she worked for Walter Fish, News Editor of the Daily Mail, whom she married in 1933. When WWII loomed, the Fish's looked for a country refuge, far from the perils of London. In 1937 they bought the 15th-century manor at East Lambrook.

Until that point, Margery Fish had shown no interest or aptitude for gardening, but the move to Somerset brought with it the opportunity to explore gardening for the first time. The war meant that there was a shortage of labour, with no teams of professional gardeners available to maintain large gardens. A new type of garden was needed, one that could be easily maintained on a domestic scale, without paid help.

Through her many books on gardening, Margery Fish popularised a style of 'personal', or intimate gardens, one where the owner could 'know each one of your plants intimately'. This approachable garden style, as she called it, became immensely popular during and after the war, and through books like 'We Made a Garden', she documented the progress of her own garden at East Lambrook and helped inspire generations of future gardeners to emulate her experiments.

After Margery Fish died in 1969 the gardens were maintained by her family until 1985, when the manor and garden were purchased by the Norton family. The property has passed through several owners since, but each owner has maintained and carefully restored the original gardens. It is essentially the same garden that Margery Fish enjoyed, and its historical importance has been recognised by a Grade I listed status given by English Heritage.

The garden centres around the 17th-century malthouse, which now serves as a cafe and gallery showcasing the works of West Country artists. There are regular gardening and garden history courses, and an extremely popular garden centre.

Not being an avid gardener (more of a 'brown thumb' expert), I wasn't sure how I'd enjoy East Lambrook.

There seemed to be endless winding paths, half overgrown (intentionally) with colourful plants of all shapes and sizes. I couldn't identify half of the varieties; though many were familiar, many more were not. That's part of the charm of East Lambrook; everyday plants are mixed with a profusion of rarer plants, and the carefully arranged beds seem to burst with colour, with plants of different heights and texture. This is a garden to be savoured slowly. 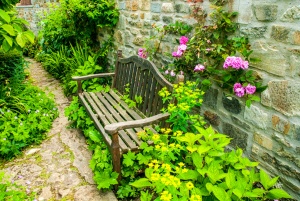 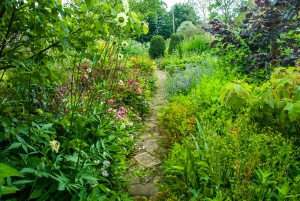 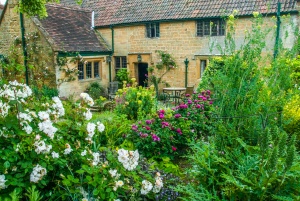 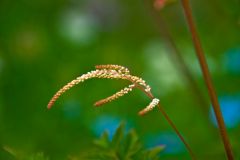 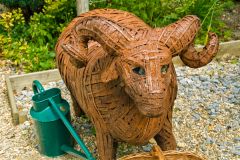 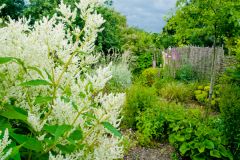 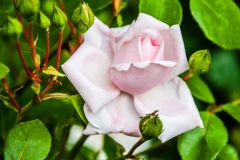 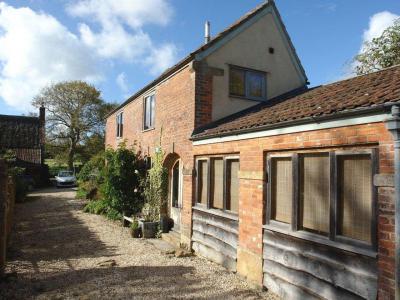 This neat little cottage is situated near the Somerset village of South Petherton and can sleep two people in one bedroom.
Sleeps 2