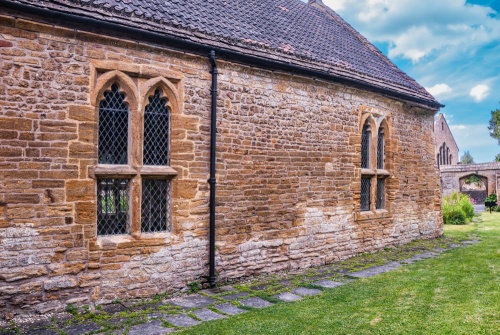 The Treasurer then became the patron and the rector of All Saints. The house was later owned by the Bishop of Bath and Wells and was known as Martock Priory.

The first recorded mention of the house comes from 1226, but the oldest part of the current building is the Solar Block, built around 1250. The solar block was covered in limewash during the 16th century, and when the limewash was removed it revealed a section of 13th-century wall painting depicting a Crucifixion scene.

In 1293 a Great Hall was built at a right angle to the solar so that the building now resembles a T. To this a small kitchen was added in the 15th century.

Surrounding the house is a recreated medieval garden, lushly planted with varieties of plants that were popular in the medieval period. The garden is reached through a nicely carved 15th-century gateway of Ham stone.

The Treasurer's House stands directly across the street from Martock's wonderful medieval church, which is well worth a visit. 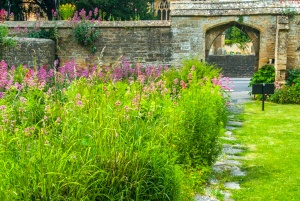 The path to the 15th-century gateway 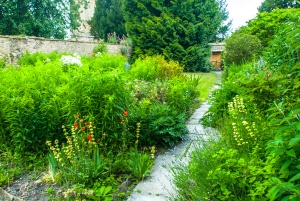