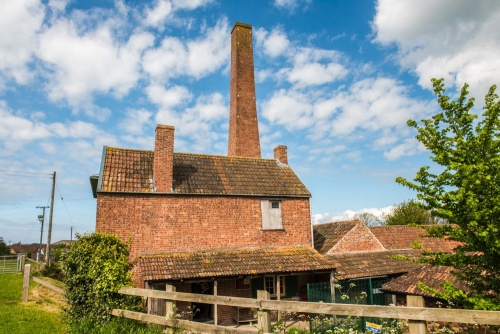 An engine house dating to 1830s houses the oldest working steam-powered drainage pump on the Somerset Levels. The museum features steam pumps and stationary steam engines as well as a narrow-gauge railway.

The Somerset Levels was once a vast area of marshland, now partially covered in peat and clay. During the medieval period, most of the Levels was owned by the monks of Glastonbury Abbey, and the Abbey built a network of drainage ditches called rhynes in an attempt to reclaim the land for farming. They also straightened rivers and built earthwork embankments to channel the water.

After the Abbey was suppressed at the Reformation local farmers tried to extend the rhynes, with only limited success, because the landowners found that it was often more cost-effective to use the marshland for fishing and fowling.

A demand for more food in the late 18th century meant there was more to be gained by draining the marshes and using the land for agriculture. In 1830 an Act of Parliament established a drainage district covering Westonzoyland, Middlezoy and Othery. That was the impetus for the first pumping station at Westonzoyland.

In 1861 a steam engine was installed to drive a new pump. This is the only working steam-driven pump on the Levels still in working order and in its original location. At the same time, a small keeper's cottage was erected beside the pumping station. Next to the cottage is a low building housing a steam boiler. The current boiler is a 1914 Lancashire model. Beside the boiler is a forge, where the keeper made many of his own tools to keep the pump running. 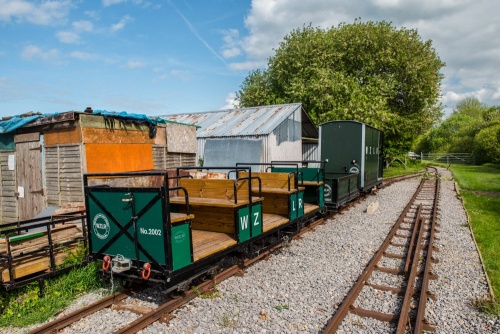 The original pump was powered by a beam engine and scoop wheel, which worked well for 25 years, but as the water levels dropped on the Levels, this arrangement proved inefficient. So in 1861 a new pump, built by the London firm of Easton and Amos, was erected. This two-cylinder engine drives a centrifugal pump, which raised water from the rhyne (drainage channel) and emptied into the River Parrett to be drained away. This system was used until 1951 when a change in the river level and a new system of connected water channels made it obsolete.

In 1976 a local charity group bought the station and restored the equipment to working order. In addition, they brought together a collection of pumping equipment from around Somerset, including steam and diesel engines. The oldest dates to the early 19th century and most have been restored to full working order. The engines are fired up on regular steam days throughout the year.

Aside from the original pumping house, a collection of steam engines and associated equipment, visitors can also see two of the ground floor rooms of the keeper's cottage. The living area is furnished as it might have looked in the 1930s, and the kitchen holds a number of smaller objects in display cases.

The original buildings, including the engine house, forge, chimney, and keeper's cottage are all Grade-II* listed. Next to these historic buildings is a modern exhibition hall housing a collection of working steam engines and pumps, many of them made locally.

The most historically important piece of machinery is the 1861 Easton Amos steam-powered land drainage machine. The engine worked for 90 years at Westonzoyland and was the model for similar engines at 7 pumping stations along the River Parrett. It was installed in 1861 to replace the original drainage engine that was unable to cope with heavy floods. The new Easton Amos machine has two cylinders powering a huge flywheel.

A condenser helps convert some of the steam back into water to help maintain the boiler's working water level, thus creating a form of self-perpetuating system. Under full steam, the engine develops 90 horsepower and is capable of raising 100 tons of water per minute to a height of 6 feet. In theory, this means that the engine could pump some 2.5 feet of water from 1000 acres of land in 8 days, working at maximum capacity. 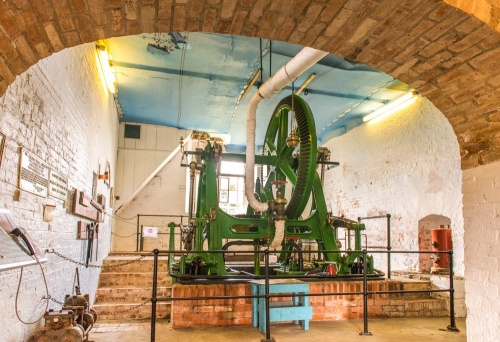 Among the engines on display is a Waller inverted vertical steam engine, made in Gloucester in 1887. Beside it is a Culverwell slide valve horizontal double-acting steam engine made around 1870. A more modern addition is an Easton and Johnson 1951 inverted single cylinder enclosed engine.

Other equipment on show includes a vertical boiler used to power the engine of a telescopic bridge on the railway line to the docks at Bridgwater. One item that really caught our eye was a 1930s steam turbine bottle washer, with the engine driving a set of bristle brushes for scrubbing the inside of milk bottles.

Outside the Exhibition Hall are yet more fascinating engines, such as a Lister Deep well Pump, built in 1933 to lift water from a deep bore hole to the surface. 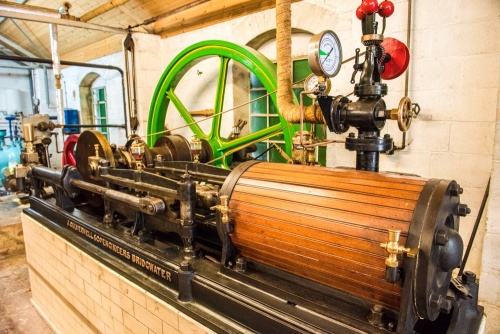 Directly beside the Pumping Station is a rhyne, or drainage channel. More than any other manmade feature these rhynes help define the character of the Somerset Levels. The channels crisscross the low-lying land, creating a pattern of rectangular fields. Not only do the rhynes help drain excess water, they hold water supplies for agricultural irrigation when needed, provide drinking water for cattle, and act as field boundaries.

The rhynes have helped regulate the water level, control flooding, and extend the grazing season. The rhynes create a wetland environment that is home to a remarkable diversity of plant, animal, bird, and insect life. There are two National Nature Reserves on the Levels as well as 14 Sites of Special Scientific Interest.

Despite the best efforts of the Drainage Boards, the Levels are always at risk of flooding. The River Parrett has very muddy banks and its slow, winding course means that silting is always a problem. In the past, this has led to severe flooding when the farmland could be underwater for 2 months at a time, with families stranded and livestock drowned. 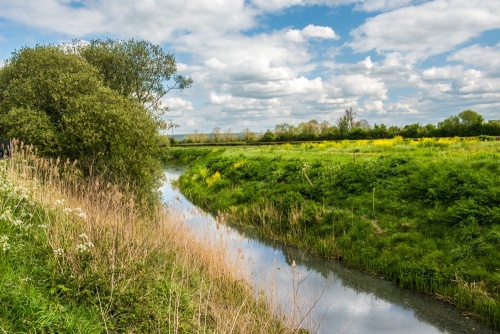 Engine Rhyne, beside the Pumping Station

Clifford supplemented his income from the Pumping Station by working as a threshing contractor and an agricultural engineer. When these activities took him away, Ethel minded the water levels and tended the boiler. Their accommodation was very basic, with a living room and front room on the ground floor, with bedrooms above and a separate kitchen where all cooking, washing, and bathing was done. Opposite the cottage is a small garden for the family.

This low brick building houses the diesel-powered pump that took over from the steam engine in 1951. It helps drain the 1600-acre area bounded by the medieval earthworks of Lake Wall and Burrow Wall. It is maintained by Wessex Rivers and the regional Drainage Board.

The Board's 1830 constitution states that its members are drawn from the Lords and Ladies of the Manors, Vicars of the Parishes, and every owner of 20 acres affected. The Othery, Middlezoy and Westonzoyland Drainage Board joined other regional boards to form the Parrett Drainage Board in 2005.

Westonzoyland Pumping Station is an absolute delight to visit. When we visited there were several volunteers working at repairing old steam engines. One of the volunteers guided us around the site and regaled us with stories of how the equipment worked and the history of the Somerset Levels.

The Pumping Station is a wonderful place to get a feel for the heritage of the Levels, the people who have lived here for hundreds of years, and the challenges they have faced trying to drain and maintain the low-lying landscape. 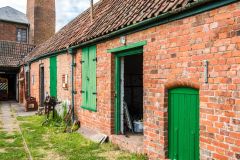 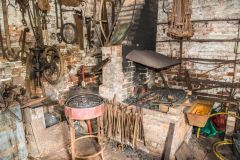 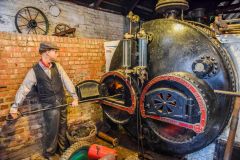 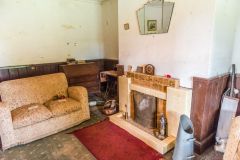