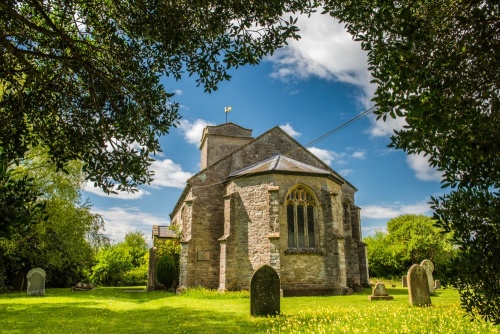 Sutton Mallet is a small Somerset village lying between Sedgemoor and the Polden Hills. For centuries the medieval church here served as a landmark for travellers crossing the Sedgemoor plain. The road running beside the churchyard connects up to the network of old drove roads across Sedgemoor.

During the medieval period, Glastonbury Abbey owned vast tracts of land in the area, among which was Sutton, from the Old English word for the 'southern settlement'. From the 13th century, the Malet or Mallet family leased the estate from the abbey, and the family name stuck, giving us the current name of Sutton Mallet.

We do not know when the first church was built at Sutton Mallet, but 15th-century records speak of a chapel here dependant on Moorlinch church as early as 1262. The chapel was one of four connected to Moorlinch, and a record from 1437 shows the vicar of Moorlinch complaining to Glastonbury Abbey that they were not allowing him enough income to support himself and the two chaplains he needed to serve the chapels at Sutton, Stawell, Chilton Polden, and Edington.

When the Abbey was suppressed by Henry VIII in 1539 the patronage passed to the crown, and curates continued to appointed for the four chapelries. The curates were not always chosen wisely; in 1575 the curate was accused of neglecting his solemn duties. Worse was to come, for in 1633 the curate was found to be so frequently drunk that many parishioners made the longer journey to attend worship at neighbouring churches or chapels. Just three years later another curate was censured for conducting a clandestine marriage ceremony. 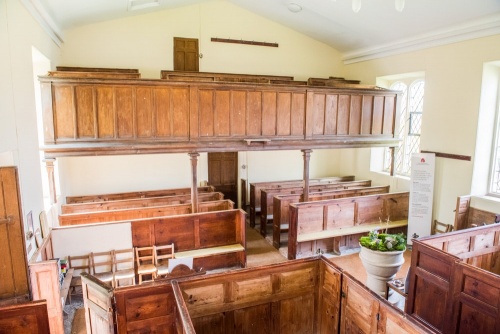 The view from the pulpit

By the 1780s Sutton Mallet's chapel was described as 'a dark dismall looking place ... very dirty and much fitter for a stable than a place of worship'. Not surprisingly, the chapel was pulled down in 1827 and replaced by a new church designed by Richard Carver of Taunton. The new church was very much in the Georgian style, with a polygonal chancel, nave, and south porch. Little has been altered since then, with the result that Sutton Mallet church is like an early 19th-century time capsule.

The interior is very much a late Georgian church, with box pews, a gallery overlooking the west end, and a pulpit with reading desk. The font is Perpendicular Gothic, and there is a 17th-century altar rail. The west tower also features a Georgian parapet.

The Perpendicular tower was incorporated into the 19th-century church, and late medieval windows were reused in the apse. The interior is a delight; The eastern half of the nave is full of high-backed box pews, each one reserved for a particular farm. In the south-east corner are a hexagonal pulpit, a reading desk, and a desk for the parish clerk.

A central passage leads to the apse, with its reused 17th-century communion rails. A gallery occupies the west end of the nave, with a few simple pews for those too poor to rent a box pew. Look for candle-holders on the box-pews and rows of hat pegs on the walls. The overall effect is Georgian simplicity at its best.

The base of a medieval stone cross stands opposite the porch. 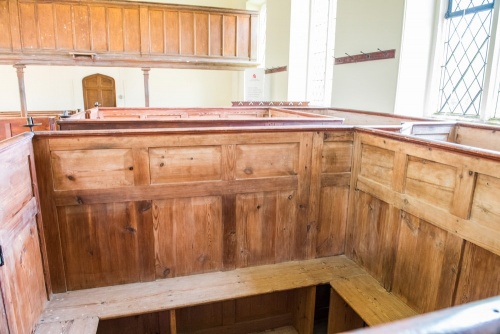 The interior of a box pew

The church is no longer in regular use but is preserved by the Churches Conservation Trust. It is usually open daylight hours, though when we visited the door was locked and we had to find the keyholder. We should have driven but we didn't realise how far away the keyholder lived, so we walked, and what we thought would be a pleasant stroll turned into a 15-20 minutes walk. Luckily the keyholder was at home and they very kindly drove us to back to the church and unlocked it for us.

After all that effort I was hoping the church would be worthwhile, and I certainly was not disappointed! It's a beautiful Georgian time capsule, a wonderful example of an essentially unaltered late Georgian church interior. 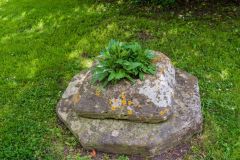 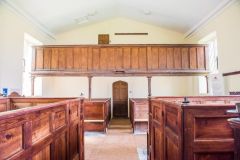 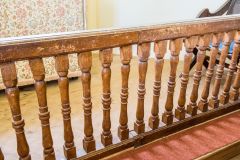 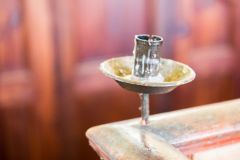 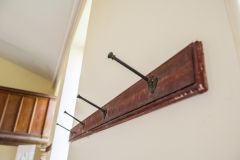 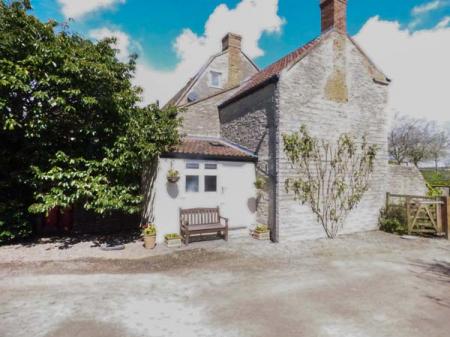 This semi-detached cottage is attached to the owner's home in the village of Sutton Mallet near Bridgwater and sleeps up to three people in one bedroom.
Sleeps 3