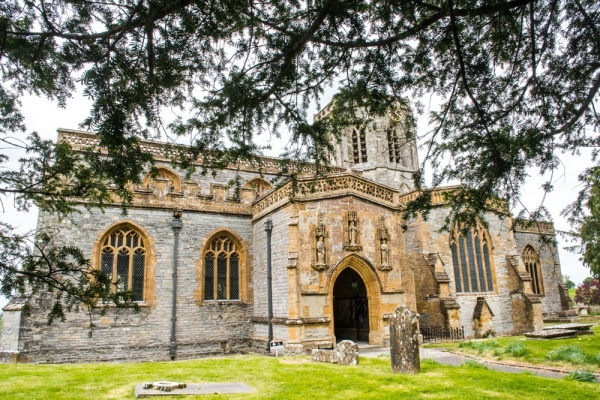 During the Saxon period, large areas of Somerset were covered in marshland, with small areas of solid ground rising above the reed-beds. One such area of higher ground was at North Curry, near Athelney, where a long ridge formed a promontory stretching out into the marshes.

A church was erected on the promontory as early as the 9th century, around the time King Alfred the Great founded Athelney Abbey in AD 887. It seems probable that the monks of Athelney built the first church at North Curry, as they did at nearby Easy Lyng. That Saxon building would have been a very simple timber structure with a single aisle.

The church would have looked dramatic, rising above the marshes, and probably served as a navigation beacon for travellers.

Sometime around the year 1100, the timber church was rebuilt in stone. You can see traditional Norman dog-tooth carving in the north doorway arch. You can also see the remains of an archway in the present north aisle, and stonework from a blocked window.

That Norman church was rebuilt around 1300 to give us the imposing church we see today. so large and impressive is St Peter & St Paul that it is commonly known as The Cathedral of the Moors.

Around the church exterior are numerous grotesque carvings, known locally as 'hunky-punks'. These bizarre beasts are thought to be of pagan origin. The south porch is 15th-century work and has a wonderfully details fan-vaulted ceiling. In the churchyard, by the main path, is a restored 14th-century cross.

The beautifully carved font dates to about 1400 and is made of golden-coloured Ham stone. 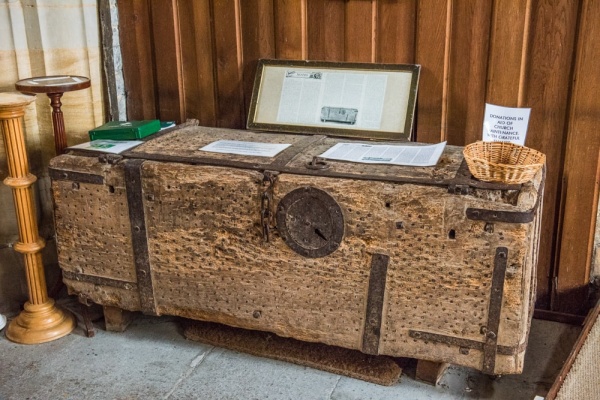 Another highlight is an ancient parish chest on display at the west end of the nave. The chest was discovered in 1930 tucked away in the bell-ringers chamber, where it had presumably ben placed for added security.

The chest is built of elm slabs and weighs around £600. The exact date is unclear, but it was certainly prior to 1200 and may have been as early as the late Saxon period. If so, it is one of the oldest parish chests in England. The chest may have been brought here from Athelney Abbey.

There is a second parish chest, made in 1790, near the west door. Nearby is an altar frontal made in 1633 in memory of Johan (Joan) Connock, wife of John Buller of Lillesdon. Buller died in 1598 and is commemorated by a brass plate set into the north aisle floor.

Against the north wall is a chest tomb. The tomb base appears to be 14th century, though the exact date is unknown. On top of the base is a carved cadaver, a symbol of mortality. The cadaver was added later, and probably dates to the 15th century, though who it represents is unknown.

The chancel is largely the result of a Victorian restoration. One highlight is an ornately carved reredos with figures of saints and Biblical scenes.

On the north side of the chancel is a memorial to Thoma (John) of Sloo. This is probably Slough Court, a moated farmhouse in nearby Stoke St Gregory. The owners of Slough Court had the local title 'Jack of Slough' and played a central part in the annual Reaves Feast, held every Christmas for over 600 years. The last Feast was held in 1865.

North Curry Church is a delight to explore; it is full of historical interest and is well worth visiting. The church was open when we visited. 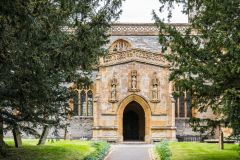 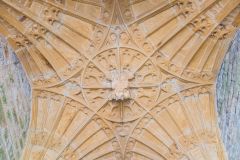 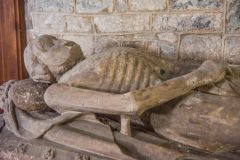 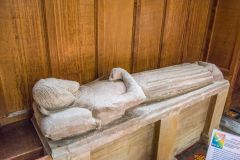 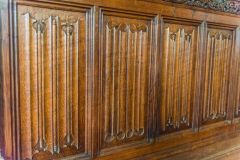