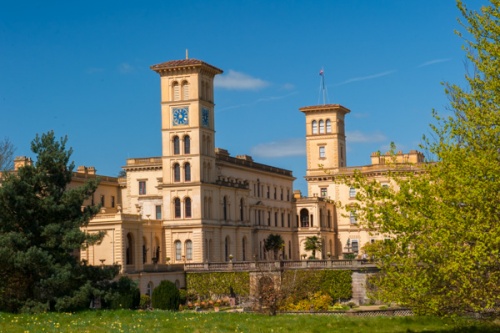 Osborne is an Italianate house designed 1845-1850 by Prince Albert as a retreat for himself and Queen Victoria. A grieving Victoria had the house preserved as it was when Albert died in 1861. Watch for crowds; this is one of the most heavily visited houses in Britain.

In 1845 Queen Victoria and Prince Albert purchased the Osborne estate, just outside Cowes, on the Isle of Wight. The royal couple wanted to create a private home, a quiet country place to escape the bustle of official court life in London. The Osborne estate was recommended to the royals by the then Prime Minister, Sir Robert Peel.

We know very little of the early history of Osborne before the estate was purchased by the Blachford family in 1705. The Blachfords enlarged an existing house to create a large three-storey house with a stable block and walled garden. The last Blachford owner was Lady Isabella, who first leased, then sold the estate to the royal family for £28,000.

The house was too small for the royal family and their servants so they decided to extend it. Technically the royal couple should have asked the Department of Woods and Forests to undertake the work, as they were responsible for all government architecture. Prince Albert, however, disliked dealing with the Department and wanted to exert more direct control on the works, so they hired architect Thomas Cubitt. 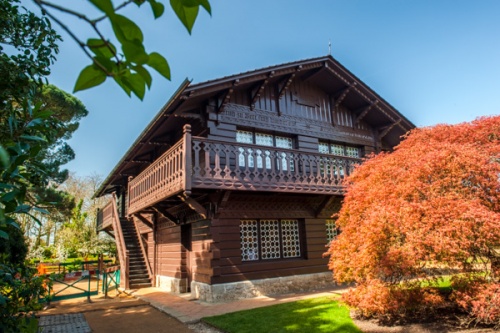 Cubitt recommended that the old house not be extended, but pulled down and replaced with an entirely new house. Cubitt and Prince Albert got on very well together, and they collaborated on the new building scheme.

Cubitt also helped the royal couple create a model farm, estate cottages, a sea wall to protect the coastal frontage of the estate, and even a coastguard house. Throughout the whole building project, Cubitt used an Italianate style, complementing the Mediterranean feel of the buildings with ornate, formal gardens.

Prince Albert personally took charge of remodelling the gardens and the surrounding parkland, including a network of 21 miles of drives and walks. What we see today is almost entirely his work, including the Swiss Cottage, a timber building a mile away from the main house. 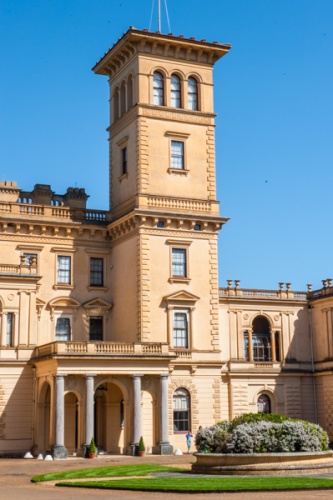 The Swiss Cottage is exactly what it sounds like; a building in the style of a traditional Alpine dwelling. It was intended as a place for the royal children to learn and play, set beside their own garden, with each child given a patch of garden to maintain on their own. Seeing the Swiss Cottage today gives a remarkable insight into the private lives of the royal family.

Prince Albert died in 1861, and Queen Victoria kept the house largely as it had been during his lifetime, though she did add a private chapel and accommodation for Indian servants who attended her in the latter decades of her reign. One addition was the Dunbar Wing, with a large reception room for official functions and a suite of rooms for Princess Beatrice and her family.

Queen Victoria died at Osborne House in 1901. Her successor, Edward VII, did not want the estate, and gave it to the nation, but not before he ordered Victoria and Albert's private chambers to be sealed. Most of the house was used as a convalescent home for the military, while the estate was used to house a naval training college.

It was not until 1954 that Queen Elizabeth II ordered the royal apartments to be opened to the public, and in 1986 English Heritage took over the estate. 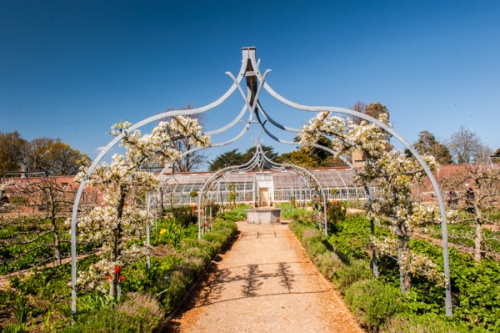 Though most people come to Osborne to see the Italianate house and gardens designed by Prince Albert and Thomas Cubitt, there is much more to see; Osborne is not just a house, it is an estate. Within the estate are miles of public footpaths, leading to places like the Swiss Cottage and Queen Victoria's private beach, complete with the queen's personal bathing machine.

Within the house itself you will find the ornate staterooms, designed for Victoria and Albert, and the family rooms and nursery for the couple's nine children. See the bedroom where the queen died, and her personal bathtub in the dressing room next door. Prince Albert's private rooms are as they were during his lifetime, with his personal possessions lying where he left them.

Our family has visited Osborne twice. It is a remarkable place, and it offers such a contrast between the sumptuous staterooms and the very private family areas. The Swiss Cottage is a delight, and all around the estate are reminders that this was very much a family home, not a royal palace. 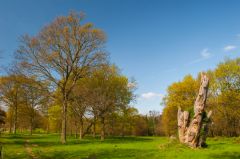 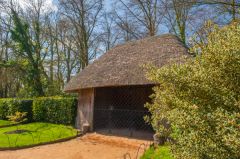 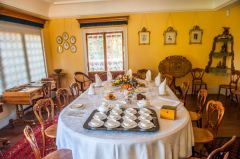 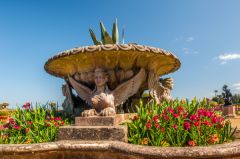 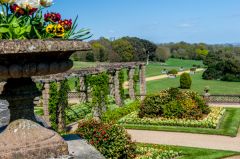 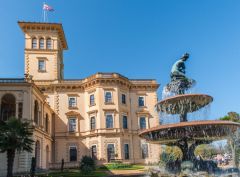 More self catering near Osborne House >>