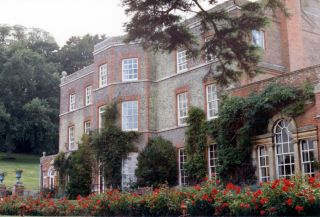 Nunwell House and Gardens
A largely Jacobean house with additions from the Georgian period, Nunwell is set in a lovely location offering views to the sea. Visitors can see a set of attractive panelled rooms, including the chamber where the ill-fated King Charles I spent his last night of freedom.

Nunwell estate was held by William the Conqueror after the Norman Conquest. It passed from the crown a succession of private owners, and from the 13th century was in the hands of the Oglander family. In the buildup to the Civil War, the manor was in the hands of Sir John Oglander, Deputy Lieutenant of the Isle of Wight and a staunch Royalist.

Oglander sheltered King Charles I on the last night of his freedom before the king was imprisoned at Carisbrooke Castle. Visitors today can see the Parlour Chamber where Oglander welcomed the king.

Charles II did not forget the Oglander's support, and when he was restored to the throne he made Sir John's son a baronet. The title and the manor of Nunwell passed in direct male line until 1874, when the last baronet, Sir Henry, died without an heir. He left the estate to his cousin, on condition that he take the name Oglander, which he did.

The house at Nunwell dates to the early 16th century. The house is surrounded by over 5 acres of gardens, including a lily pond, and a walled garden.

Garden: 5 acres of peaceful gardens set beside the Jacobean manor of Nunwell.

More self catering near Nunwell House and Gardens >>

More bed and breakfasts near Nunwell House and Gardens >>

Sleeping five people in two bedrooms, this mews cottage is in Brading, on the Isle of Wight.
Sleeps 5 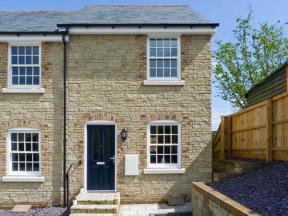 Sleeping four people in two bedrooms, this mews cottage is in Brading, on the Isle of Wight.
Sleeps 4