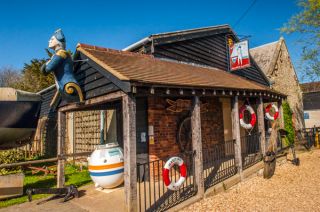 A fascinating museum detailing the maritime history of the Isle of Wight, with displays of historic shipwrecks, diving gear, and maritime memorabilia. Also at this location is a new Lifeboat Museum tracing the heritage of the RNLI on the Isle of Wight.

The museum was the brainchild of Martin Woodward, a keen diver since the 1960s. Over decades of diving on shipwrecks around the Isle of Wight and across the world, Woodward amassed a large collection of artefacts recovered from the seabed and decided to make them available to the public at large. The museum began in Bembridge in 1978 and moved to Arreton in 2006.

Some of the items on show are from famous wrecks, like the SS Mendi, and the submarine HMS Swordfish, discovered by Woodward in 1983. There are thousands of items on display, from coins to navigation equipment, diving suits to ship's wheels and model ships.

A part of the museum is given over to restored, vintage lifeboats, including the Queen Victoria, in service from 1887 to 1902 at Bembridge.

The museum is located at the popular Arreton Barns comp[lex, and there are combined tickets available for entry into the other Arreton attractions. 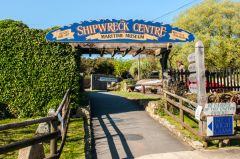 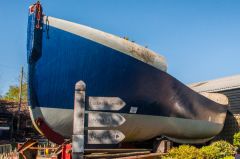 More self catering near The Shipwreck Centre & Maritime Museum >>

More bed and breakfasts near The Shipwreck Centre & Maritime Museum >>