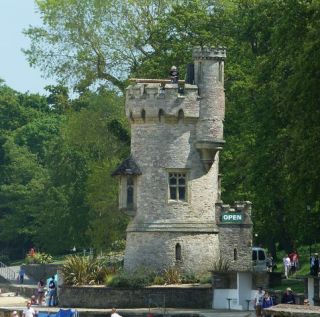 Appley Tower
Appley Tower is a Victorian mock castle tower on the esplanade overlooking the beach at Ryde. The tower is in private hands, but visitors can mount to the top for excellent views across the Solent.

The tower was originally part of the Appley House estate, owned by the Hutt family and later by Sir Hedworth Williamson. The House is now gone, but the castellated tower remains, at the eastern end of the Esplanade in Ryde.

The tower was built as a garden folly about 1875. It is circular in plan, with a turret and decorative oriel window, and on the wall is a plaque with the Appley coat of arms. The Tower is constructed of coursed rubble, dressed with ashlar. Over the years it has become one of the most iconic of Wight buildings, and a symbol of Ryde.

Beside the tower is a memorial to the HMS Sirius, which acted as an escort vessel for the first fleet from England to sail to Australia in 1787. The Sirius later undertook a voyage to South Africa to find food to protect the New South Wales colony from starvation. The plaque was erected here in 1991 by the people of Mosman, Australia, near the place where the Sirius first set sail.

More self catering near Appley Tower >> 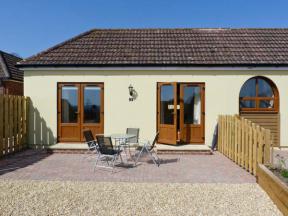 This ground floor barn conversion is located near to Ryde on the Isle of Wight and can sleep three people in one bedrooms.
Sleeps 2 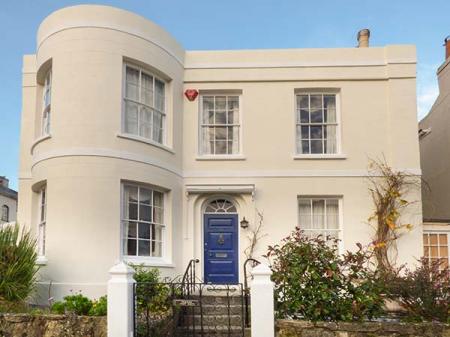