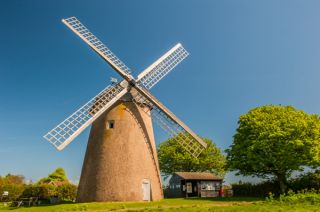 The only surviving windmill on the Isle of Wight, and one of the island's icons. The windmill was built around the year 1700 and still has all its original mechanical workings. Numerous artists have painted Bembridge Windmill; the most famous being JMW Turner.

At one time there were 8 windmills on the Isle of Wight, but only Bembridge has survived. Though it now stands on what passes for a hill in the flat island landscape, at one time the sea lapped at the foot of the hill. Much of Bembridge was cut off by the sea, and the area was known as Yar Isle.

A sketch made by Turner in 1795 shows the water reaching the base of the hill below the mill, where the field boundary can be seen today. When Brading Haven was drained in the 1880s the sea receded, leaving Bembridge as we see it today.

Very little is known about the men who served as millers, though a newspaper report from 1811 tells that sad tale of a miller named Mr Cook, who was found frozen to death near his own mill. 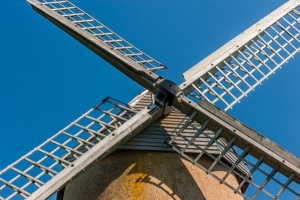 Before the mill was constructed the local residents had to ship their grain away to be milled, or grind themselves it by hand. The mill was their answer; a means to grind grain for local consumption rather than for sale, though some small amounts of grain were sold to the Royal Navy, whose ships frequently re-provisioned here. Unlike some mills, there was no provision for the miller to live on or near the premises; he would live in or near the village of Bembridge.

The advent of the railroad signalled the end for the mill; cheaper grain could be brought in from elsewhere, and the Bembridge mill was used solely for producing animal feed from 1897. It continued in operation until 1913. It has been fully restored to working order and retains most of its original equipment.

There are four floors to explore inside the windmill, with a huge central shaft rising up through the centre to a gigantic brake wheel at the top of the mill. The ground floor has flour bins and a pulley system to raise sacks of grain. Above this is the Machine Floor, with adjustable gear wheels and pulleys for regulating the transfer of flour. On the third level is the Stone Floor, where the actual grinding takes place, and above this is the Bin Floor, where the course grain enters a huge hopper.

I've visited the windmill twice, and it truly is one of the most picturesque and intriguing windmills in England.

Access to the mill can be a problem. There is very limited parking along the verge. On sunny weekends or holidays the limited space available fills up quickly, so it is good to arrive just a bit early if you can. A mile away is another National Trust property; the restored 19th century Bembridge Fort. 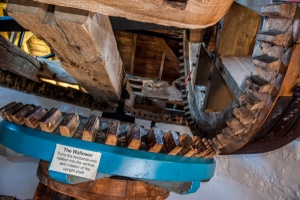 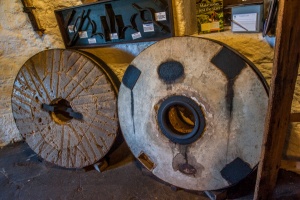 A pair of used grinding stones 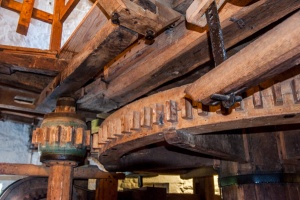 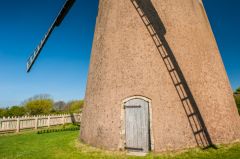 More self catering near Bembridge Windmill >> 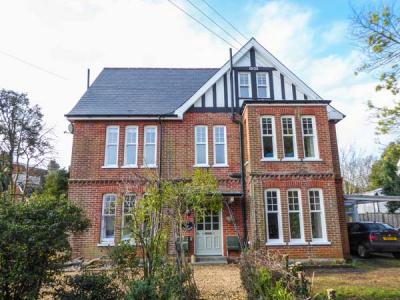 This lovely apartment over two floors is situated in the village of Bembridge and sleeps six people in three bedrooms.
Sleeps 6 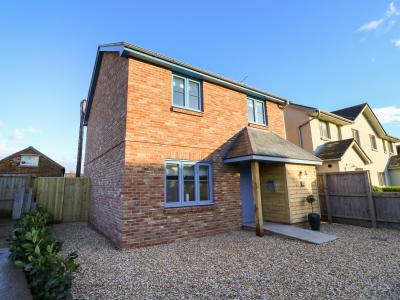 This lovely detached cottage is set in the heart of Bembridge, Isle of Wight and can sleep six people in three bedrooms.
Sleeps 6